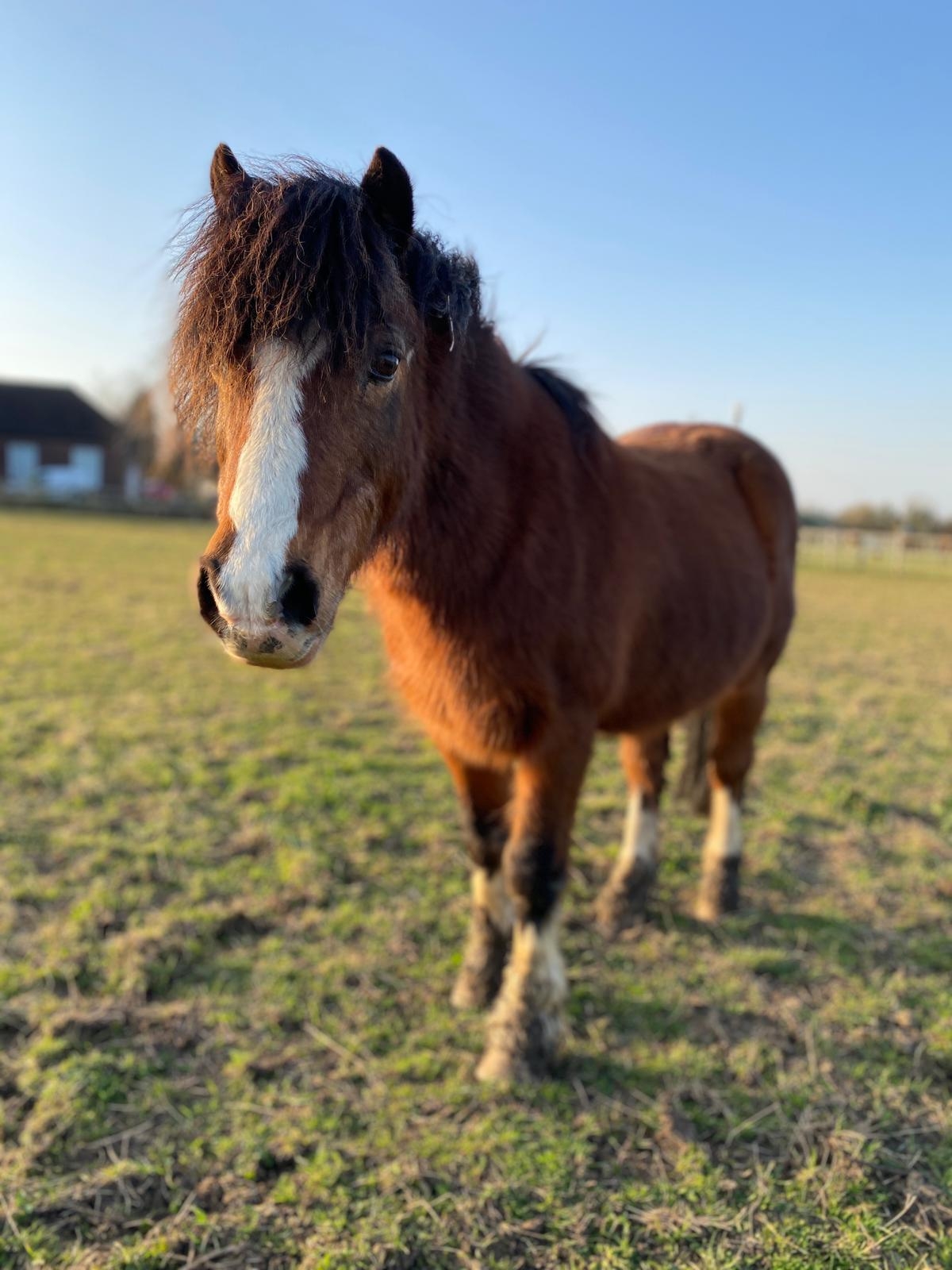 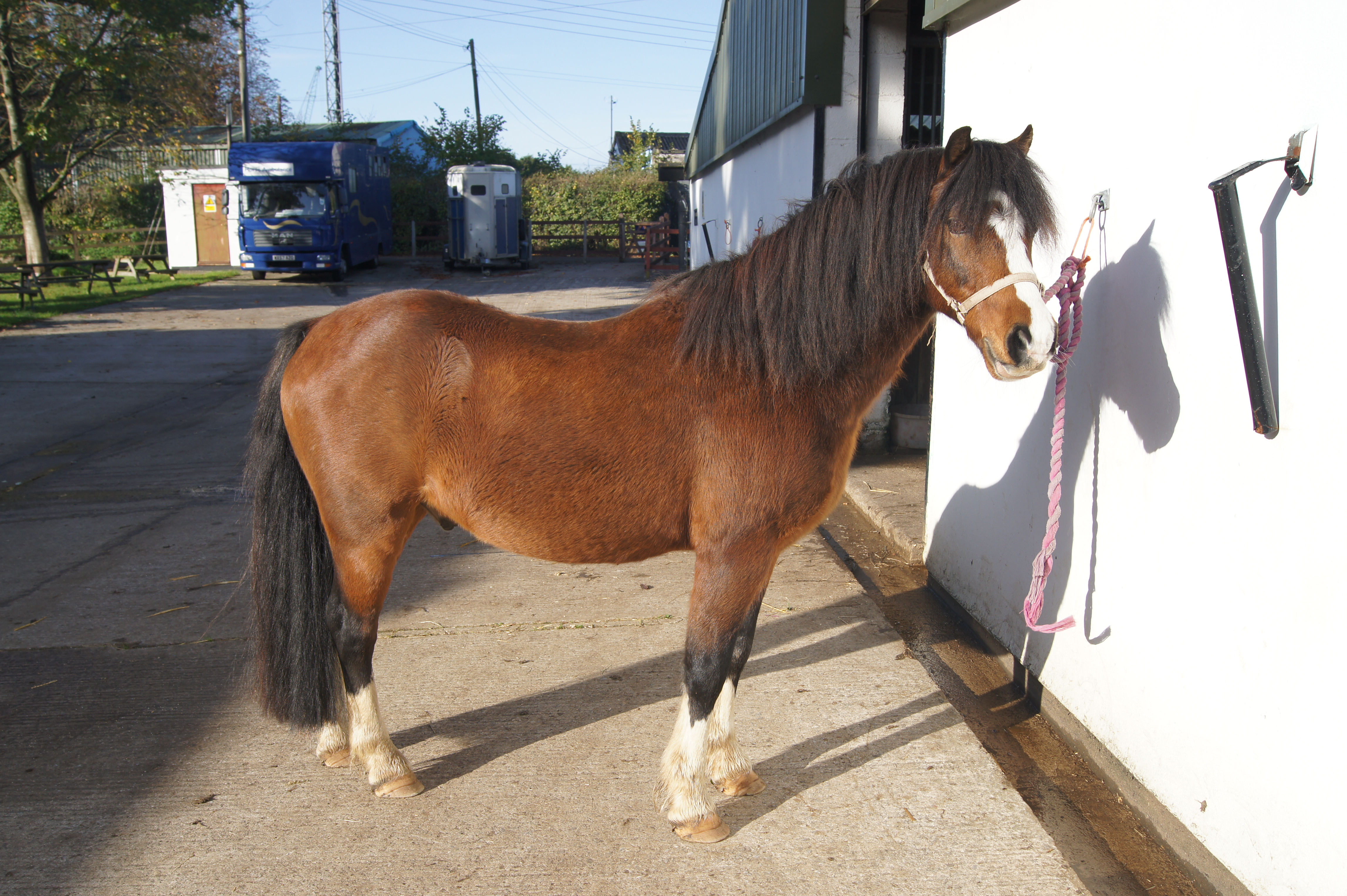 Merlyn arrived at HorseWorld in 2004 as his owner could no longer care for him due to ill health. He had originally been bought at auction as a frightened 6-month-old. Merlyn's previous owner spent time getting him used to being handled and loved by people, but he still had trust issues when he arrived at HorseWorld. He was too sharp to consider rehabilitating as a child’s riding pony, so went on to be rehomed as a non-ridden companion. He spent several happy years on a couple of different loan homes, but unfortunately returned to HorseWorld through no fault of his own.

Merlyn is now a lot older and more confident around people, though can still be slightly anxious of new people and new things. He is generally good to catch but may have the occasional off day where he may be slightly trickier, although this is something that we have seen far less since being with us as he is much better once he knows his handler. It has recently been found that Merlyn has a small cataract in his right eye, it does not need any treatment at this time but a potential new loaner should just be aware of it as it does affect his vision slightly in that eye.

Merlyn will happily live out 24/7 or can be stabled as part of a routine as long as he has company. He cannot live with mares and becomes stressed if ever left alone. He requires restricted grazing through the summer as he is mildly laminitic and is prone to weight gain due to his size/breed. He can be a bit of an escape artist if the electric fencing is not put up well or if the battery has become weak, but will respect the fencing if it is done well and kept charged. Merlyn also suffers from equine asthma, meaning he cannot have dry hay due to the dust, and must be kept on dust-free bedding if stabled.

Merlyn is a very sweet boy that deserves to find a loving forever home.