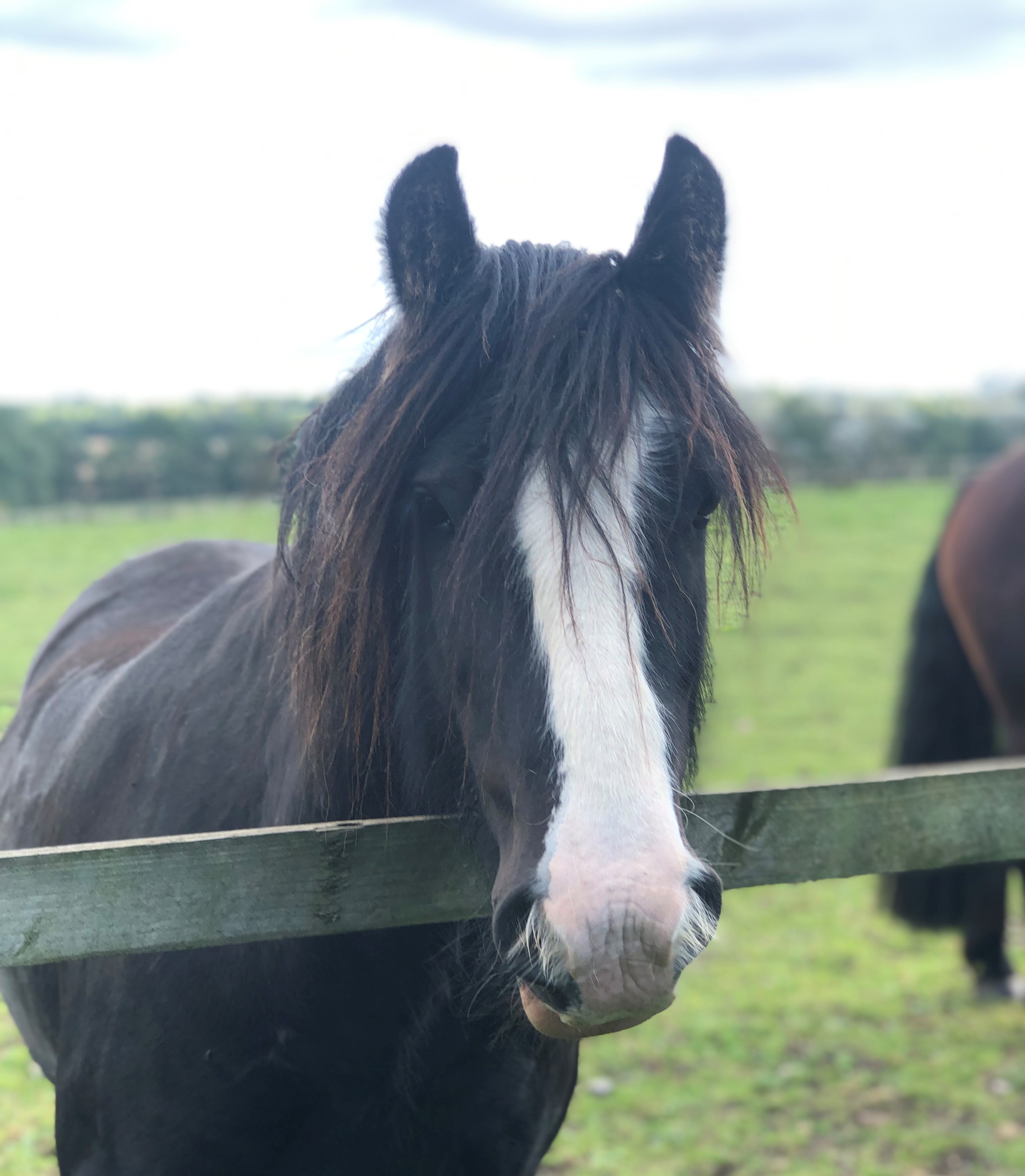 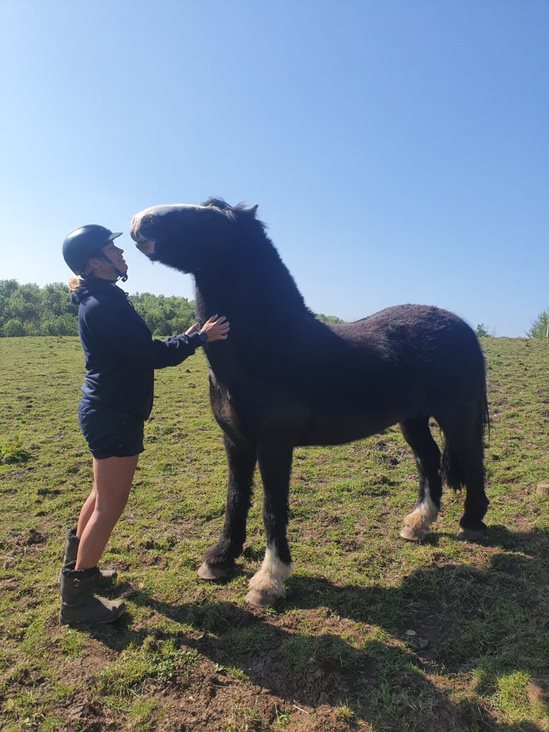 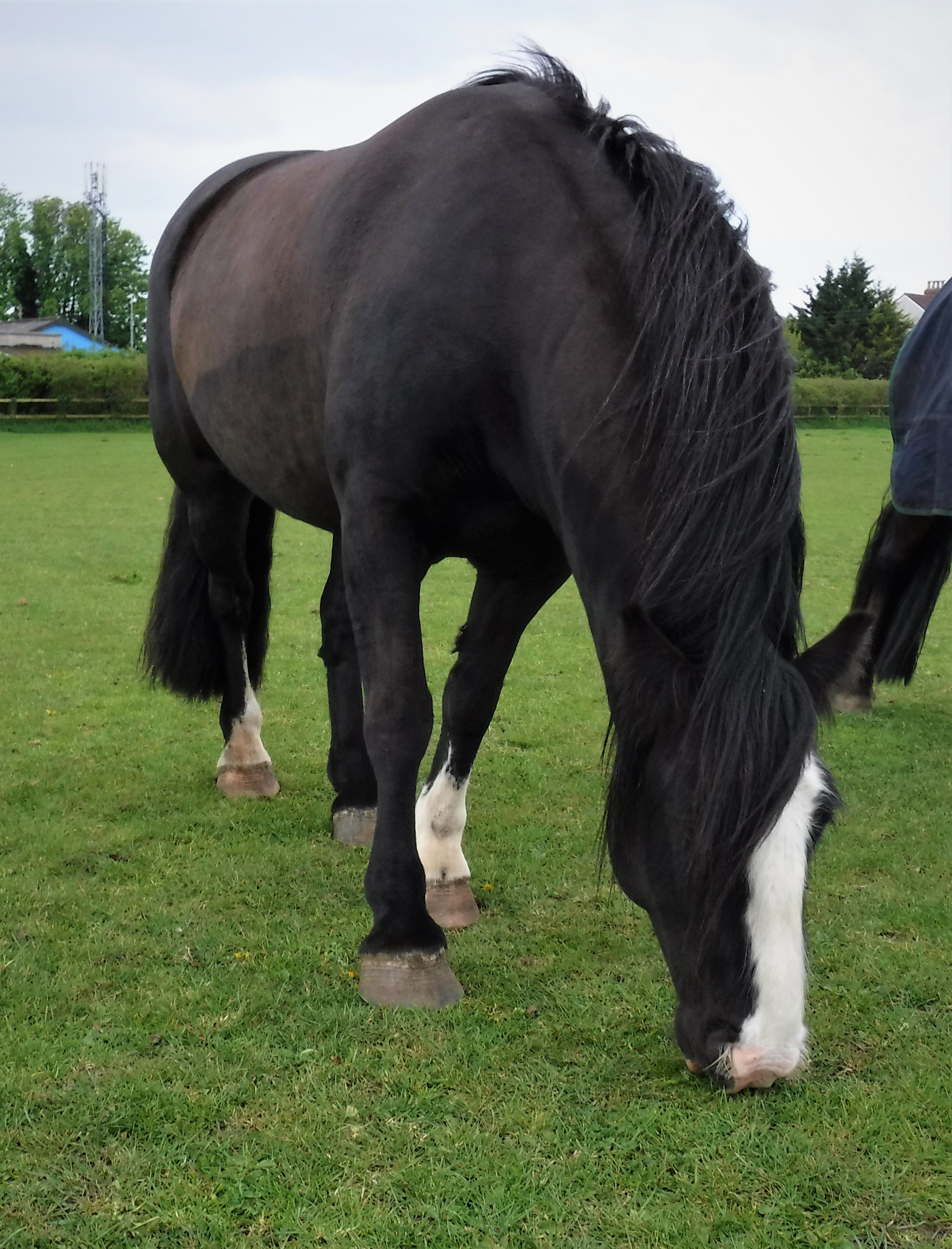 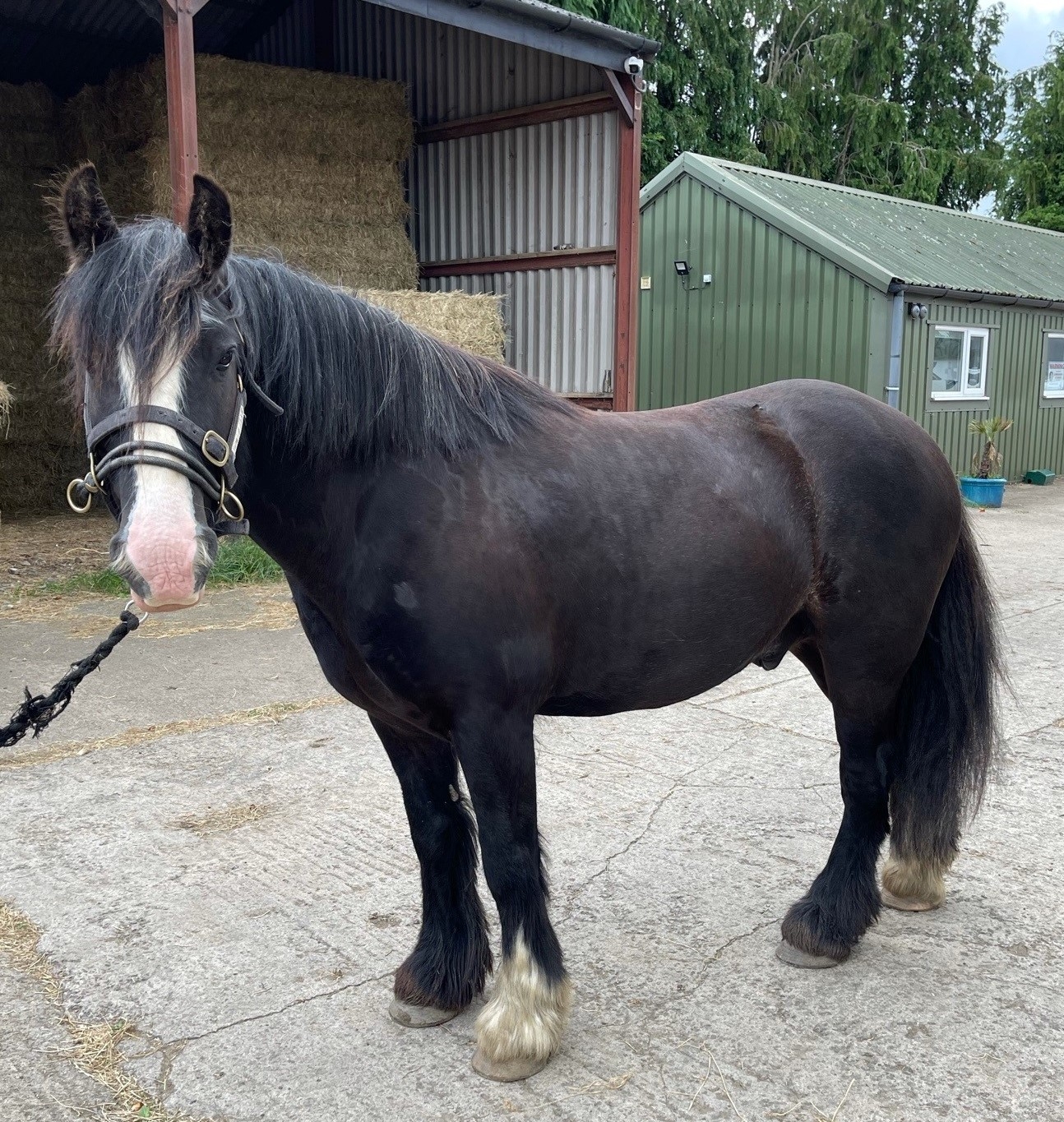 Einstein was part of a rescue in 2012 involving a group of 12 ponies that had been abandoned in a barn. When he arrived at HorseWorld he was very emaciated and suffering from Salmonella and Strangles. He was also completely unhandled so after a period of rehabilitation and recovery, he started handling training. Einstein made a full recovery, and as he got on so well with his handling training, he went on to be backed and trained as a ridden pony. Unfortunately, despite extensive training, Einstein did not take well to ridden work and became very anxious and stressed when under saddle. For this reason, we decided that he would be better suited to a non-ridden home as a companion only.

Einstein is able to live with both mares and geldings and gets on well with other horses. He is prone to weight gain so requires restricted grazing. He respects all types of fencing (post and rail, electric etc) and lives out 24/7. He is a really sweet boy and loves to have a good scratch and a cuddle. He can sometimes get slightly strong leading back out to the field, but this is only if he has become slightly stressed/been kept in for a long period of time.

Einstein has previously been rehomed a couple of times, but unfortunately returned both times as he did not settle well. After returning from his last home in 2017, we decided to keep Einstein with us for a few years to assess his behaviour. Since being back on site, he has proven to be a real sweetheart and has not shown any adverse behaviours. He can get a bit anxious and stressed if he is on his own, or if he is in a busy yard environment, but with a bit of reassurance from his handler he does settle. We think Einstein would be more likely to settle in a herd dynamic, so we are looking for a home where he will be living with at least 2 other horses, and where he won’t be left on his own.

If you are calm, competent and feel you can give Einstein the loving home he deserves, then please do get in touch. We still have hope that this lovely boy can find his perfect forever home.