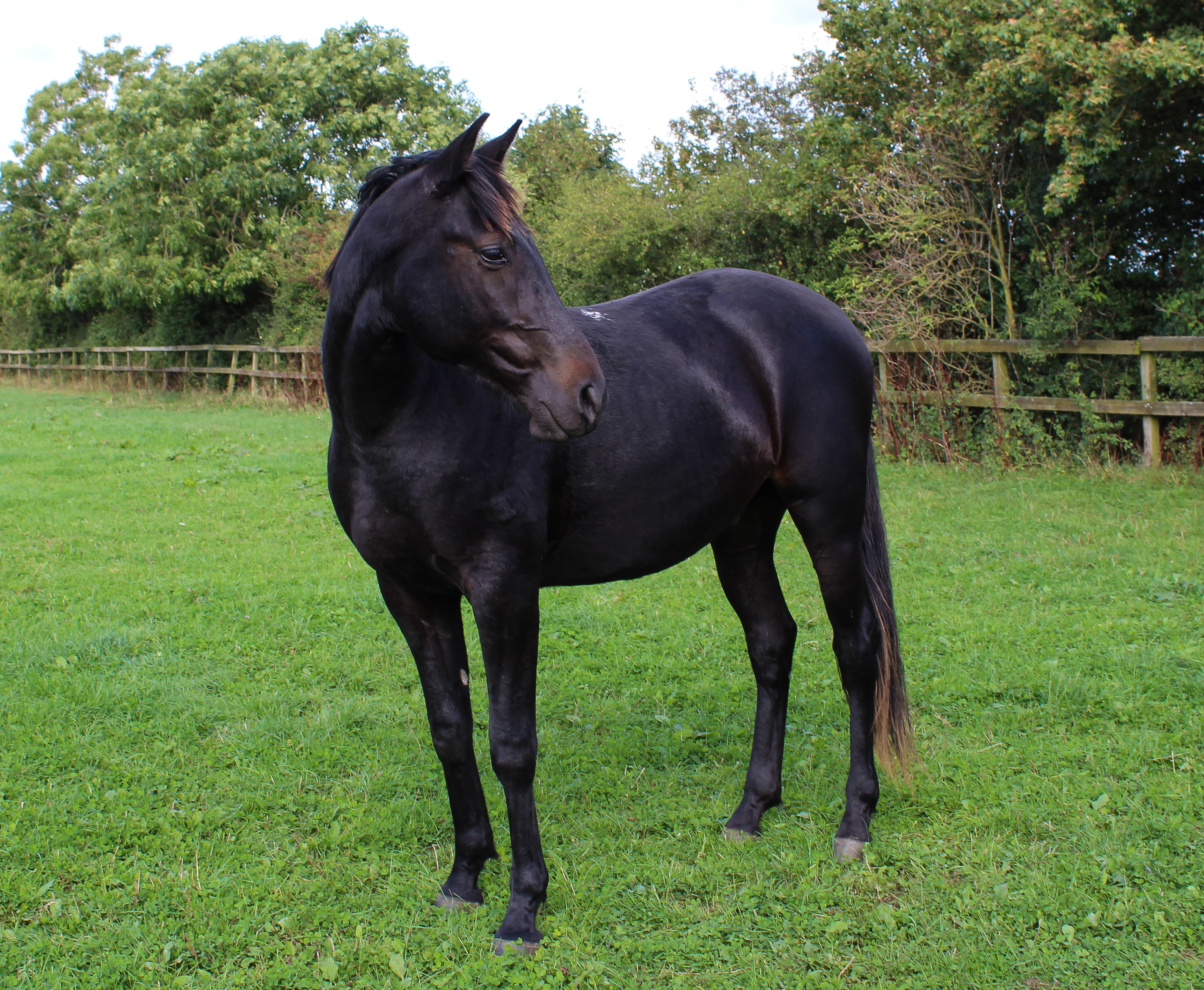 Pilgrim came to HorseWorld in 2016 with a young filly called Grace. The two horses had been found straying on a road and were picked up and taken to the local vets. HorseWorld collected them the next day, when it became evident that Pilgrim had suffered a traumatic past; he was covered in scars and old wounds which required further treatment. Despite being entire and needing medical treatment, Pilgrim was very polite to handle and it quickly became clear what a sweet natured horse he was.

After a few months of medical treatment and rehabilitation, Pilgrim was turned out into a herd of other young geldings so that he could mature. When he was old enough, he was assessed by the chiropractor to see if he would be physically able to start work, in the hope of becoming a ridden horse. He was given the go ahead to start light work, on the basis that he was closely monitored. Mentally, Pilgrim took to work very well but unfortunately, due to re-occurring issues with soundness, the decision was made to retire him from ridden work. He is now looking for a loving loan home as a non-ridden companion. Pilgrim is easy to do and has a lovely temperament. He can live out year round or be stabled overnight. Once in a routine, he is also happy to be left alone for short periods of time, so could make a good companion to a ridden horse. Pilgrim generally gets on well with others horses, although can be dominant and can only live with geldings.