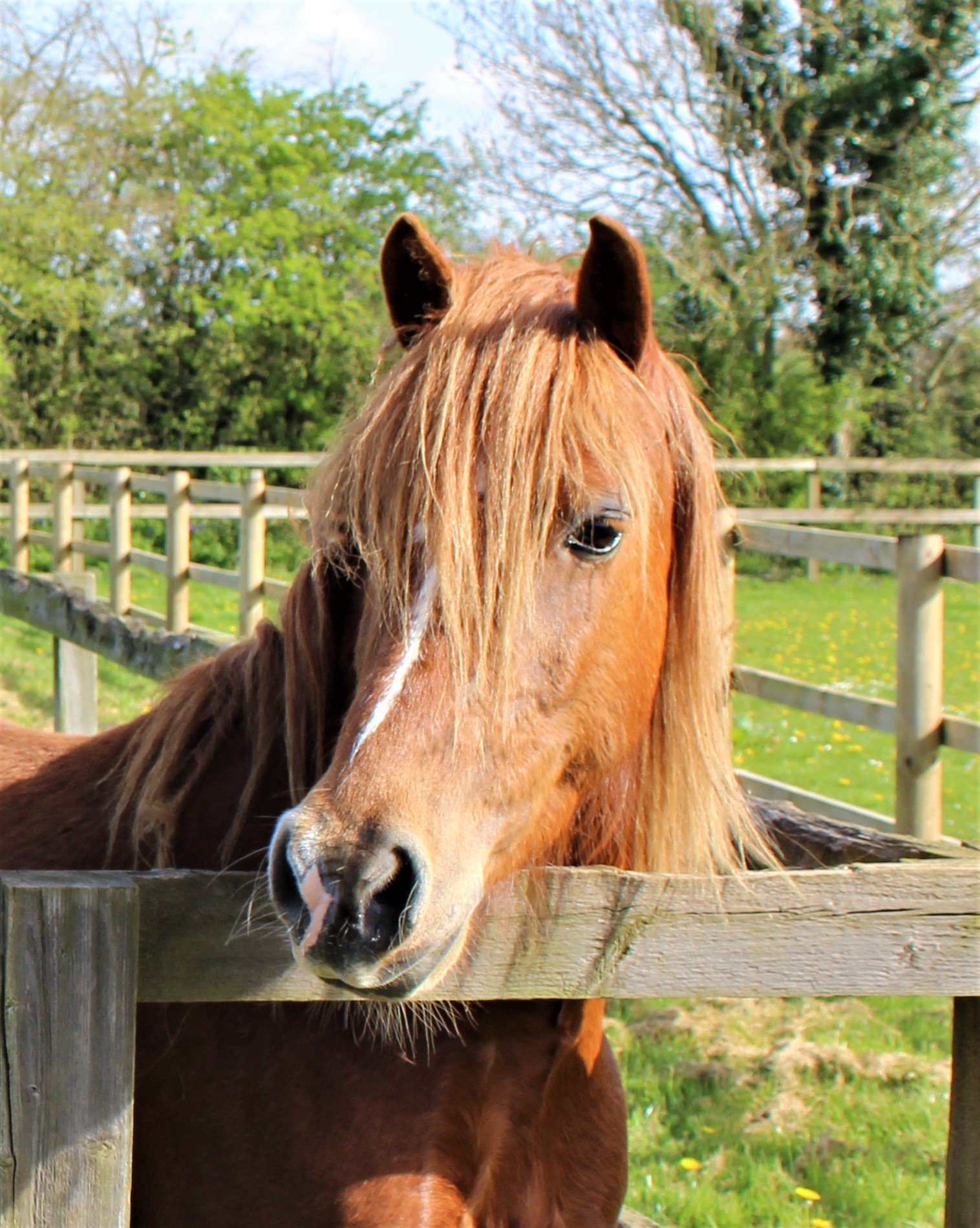 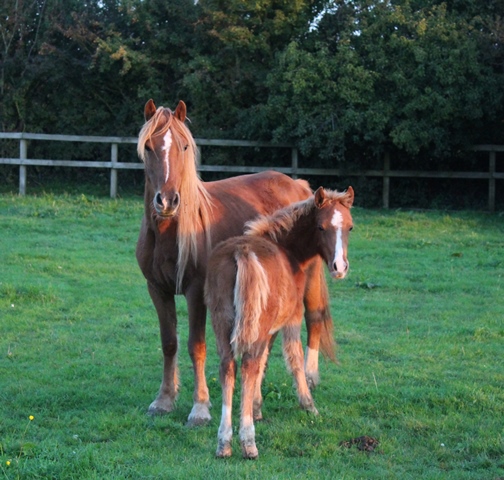 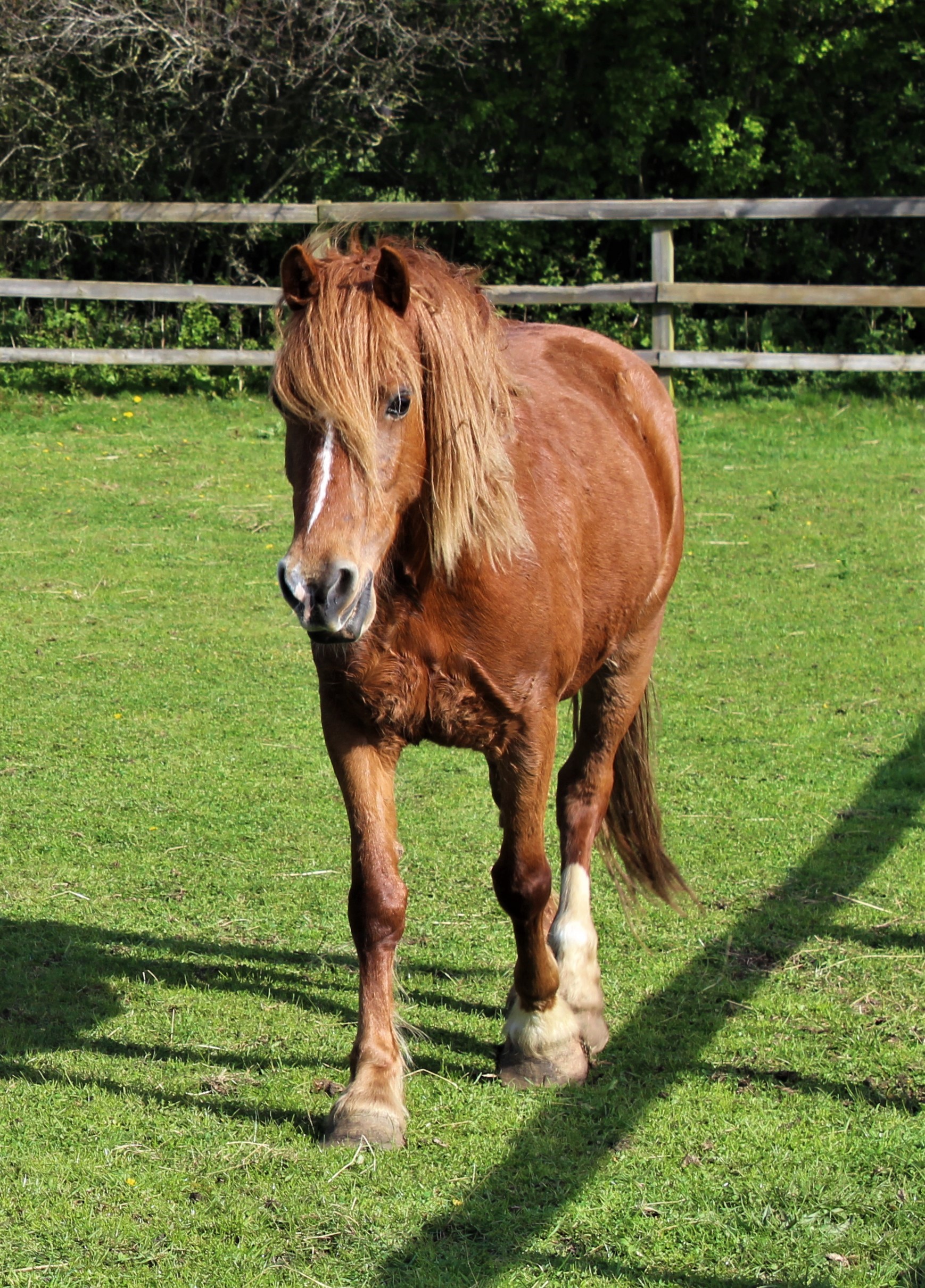 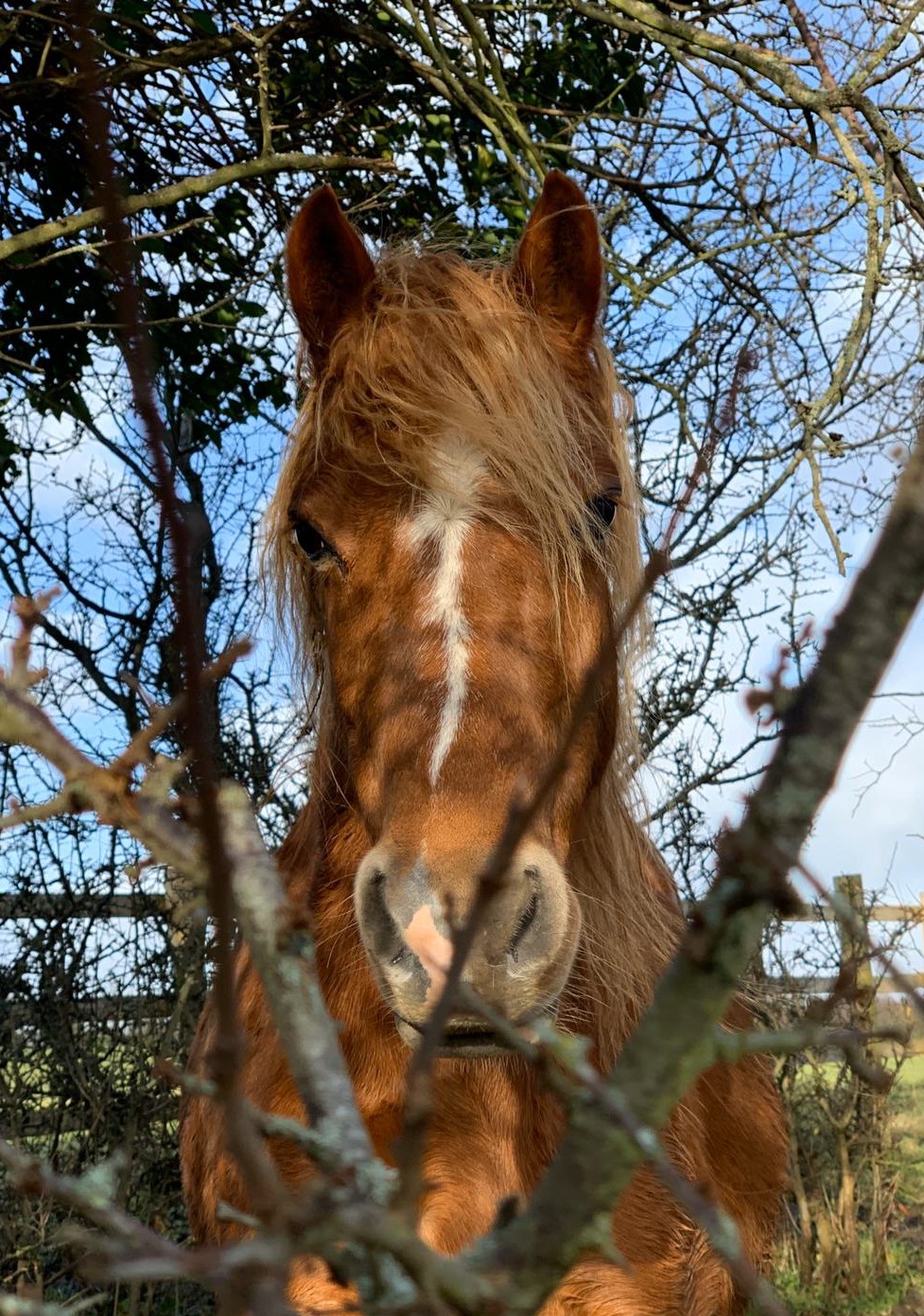 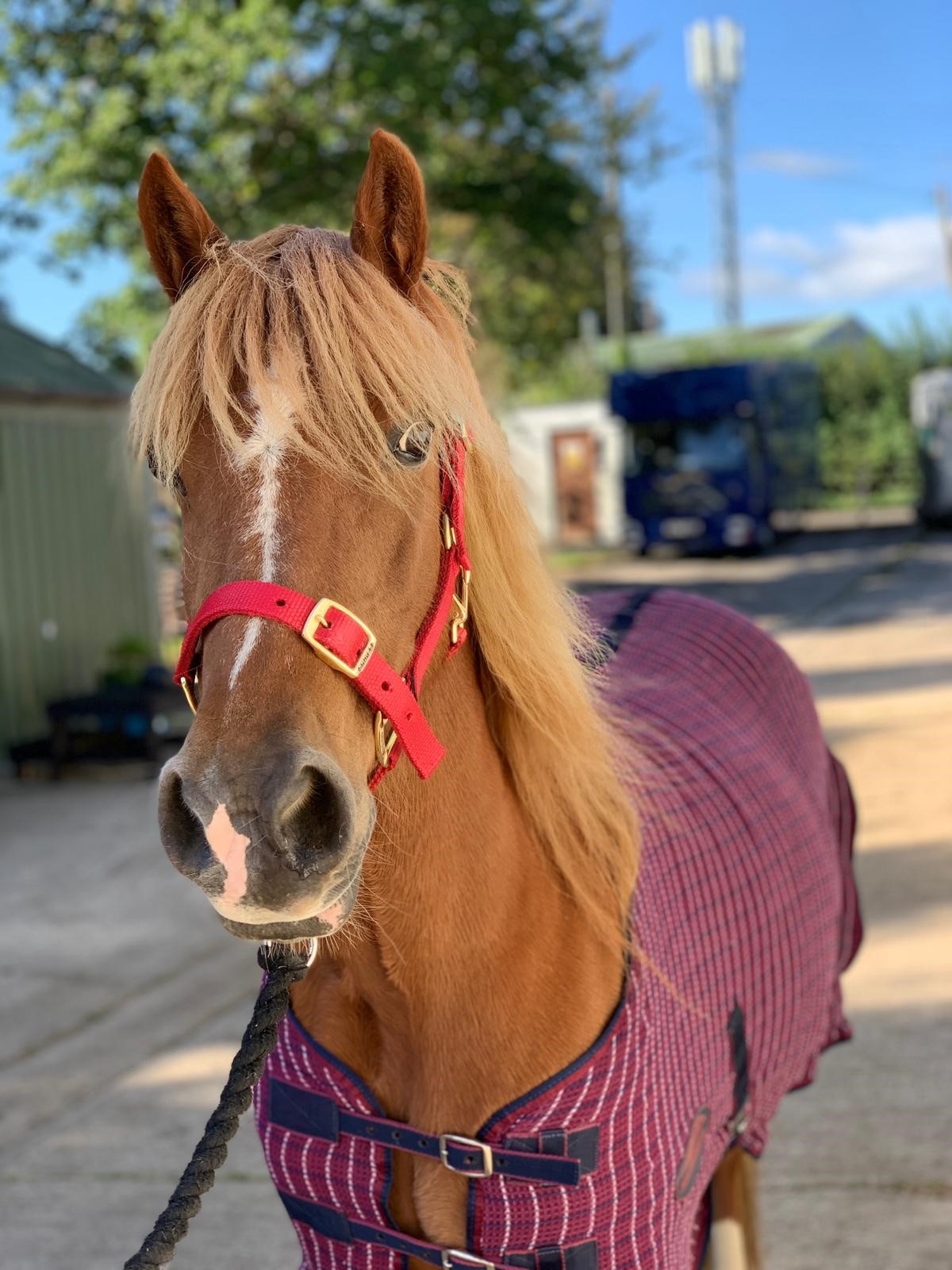 Kia was rescued by HorseWorld back in 2015 and was part of a large group of feral ponies. Kia had a young foal at foot, Mini, and so was having to try and sustain herself and her baby. This resulted in her being underweight so was quickly separated from the rest of the group so that she could get additional nutrition. Kia was very anxious of people and so to ensure she was not stressed, she had minimal human contact until Mini was old enough to be weaned. At this stage, Kia began her rehabilitation training. This initially involved months of just getting her to be happy in the field, and then a stable, with a person. Over time the training grooms managed to gain Kia’s trust and she began to accept touch and attention.

Although she is still slightly nervous, Kia is now able to be caught, groomed, have her feet picked out etc and is good to be seen by the vet and farrier. She can still be wary of new people and new situations but is an extremely sweet mare that would hugely benefit from a one-to-one home to help her build up a strong bond with her handler. Kia gets on well with other horses and is happy to live out all year round with mares and geldings, although she can be stabled for short periods of time so long as she has company.

Kia needs somebody who is understanding of her past and wants to help build up her trust and confidence, and we hope to find this gorgeous mare the lovely forever home that she deserves.