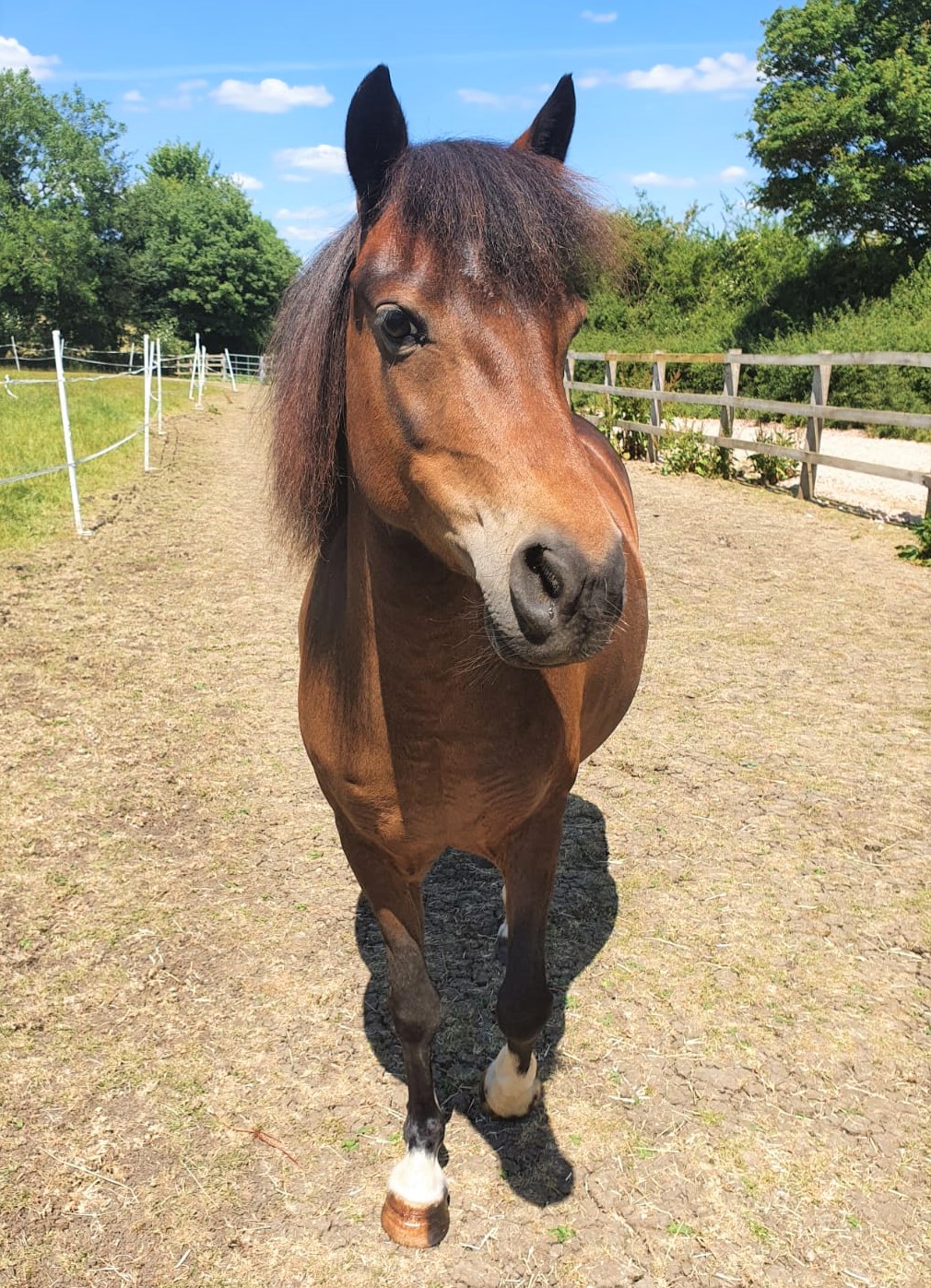 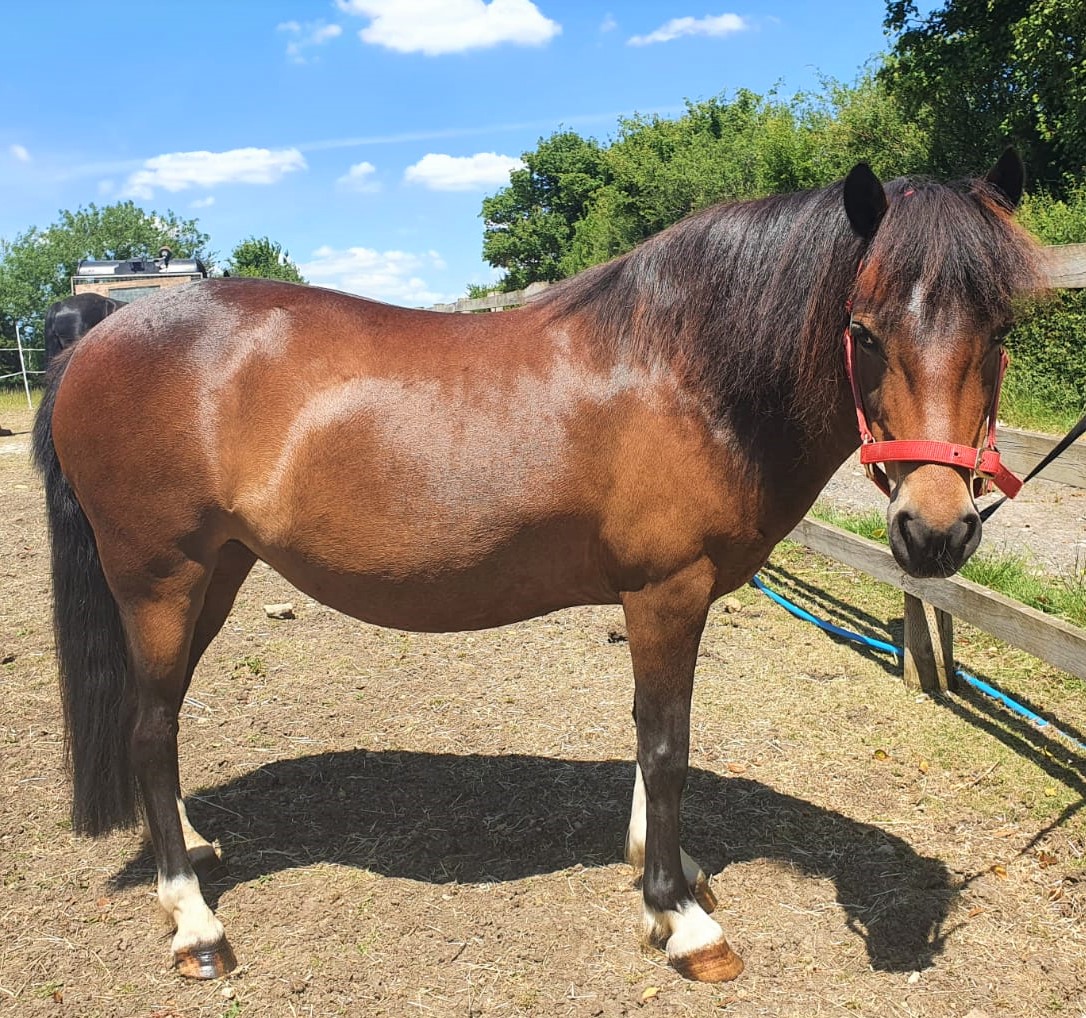 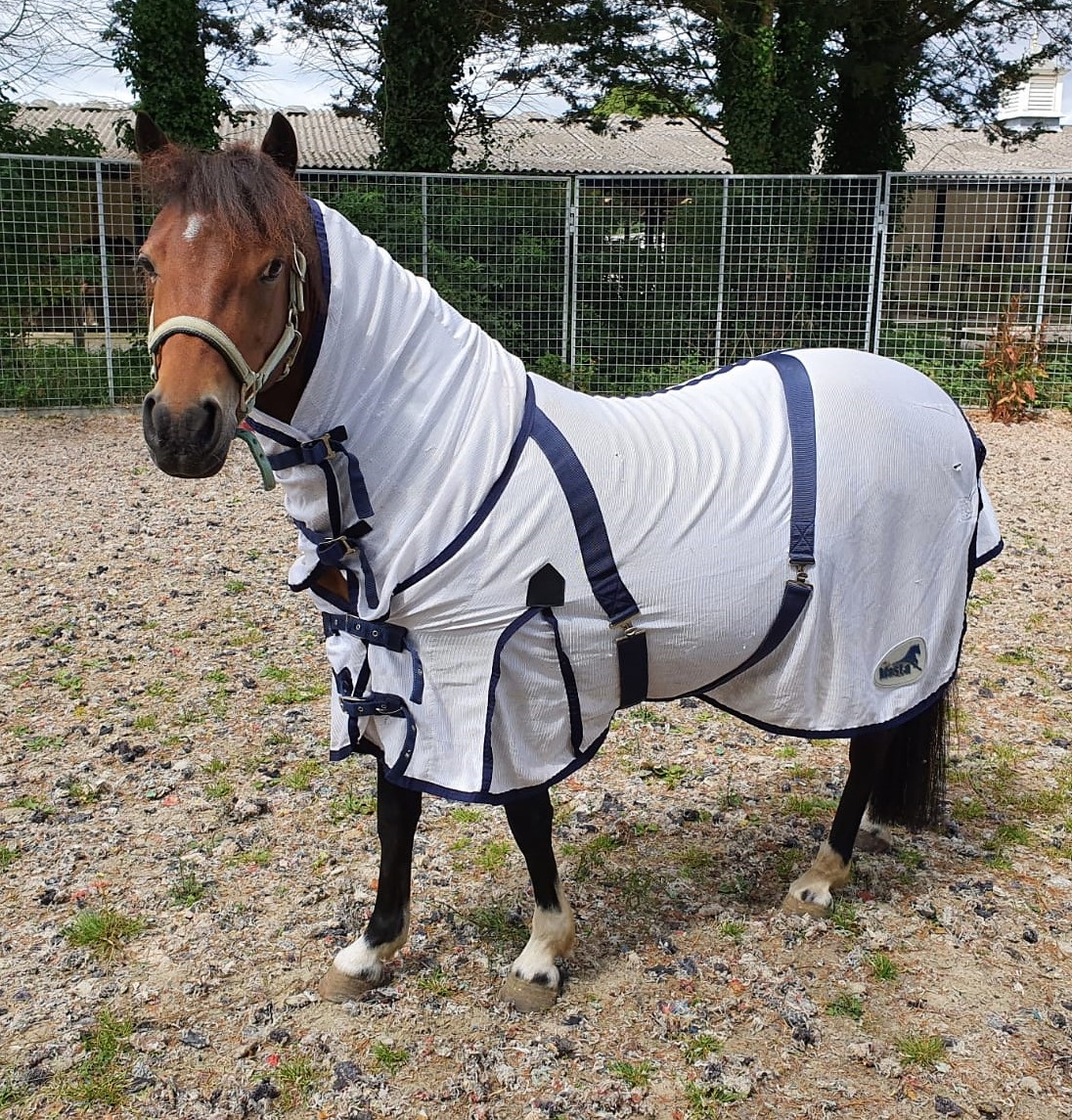 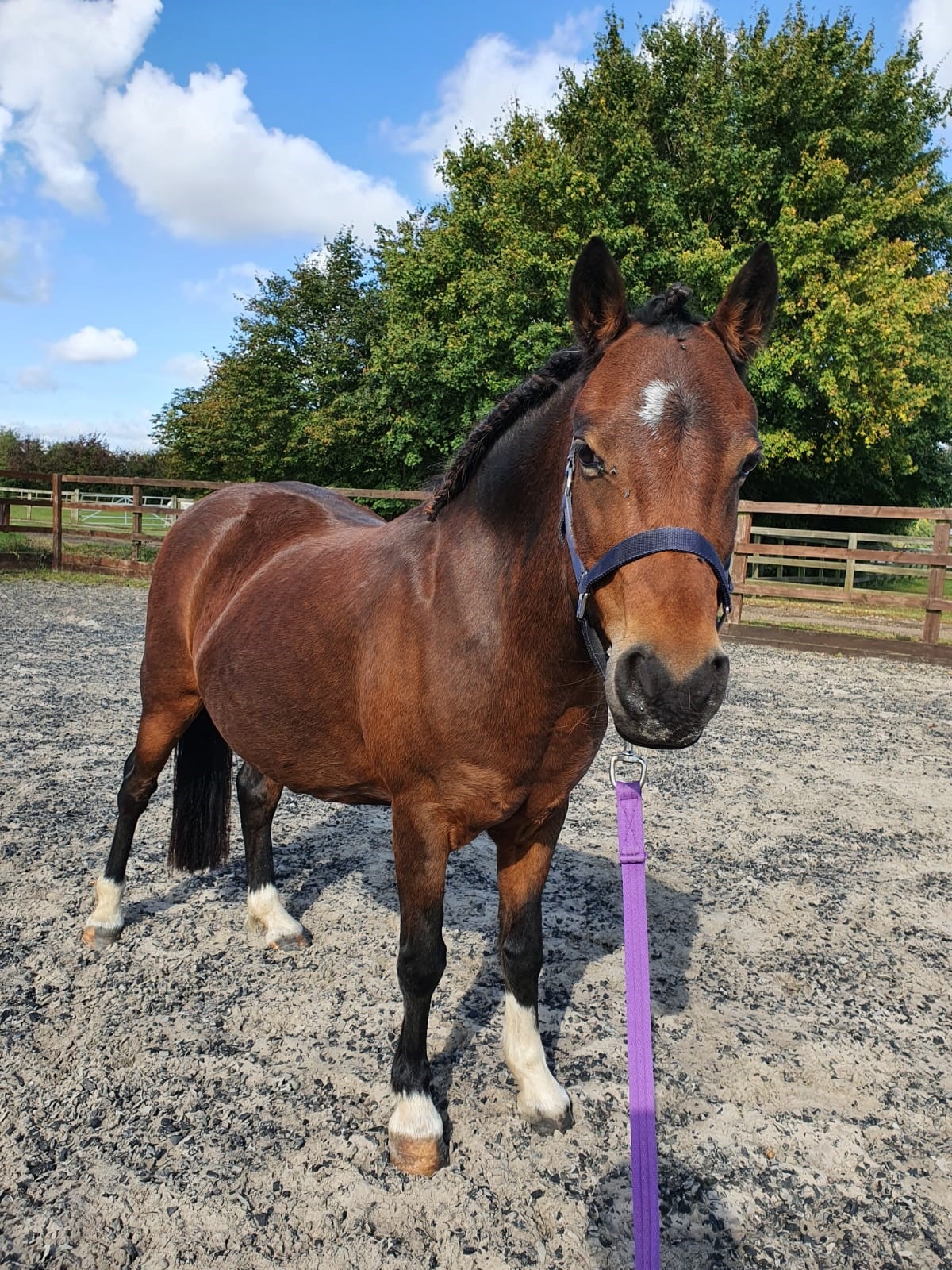 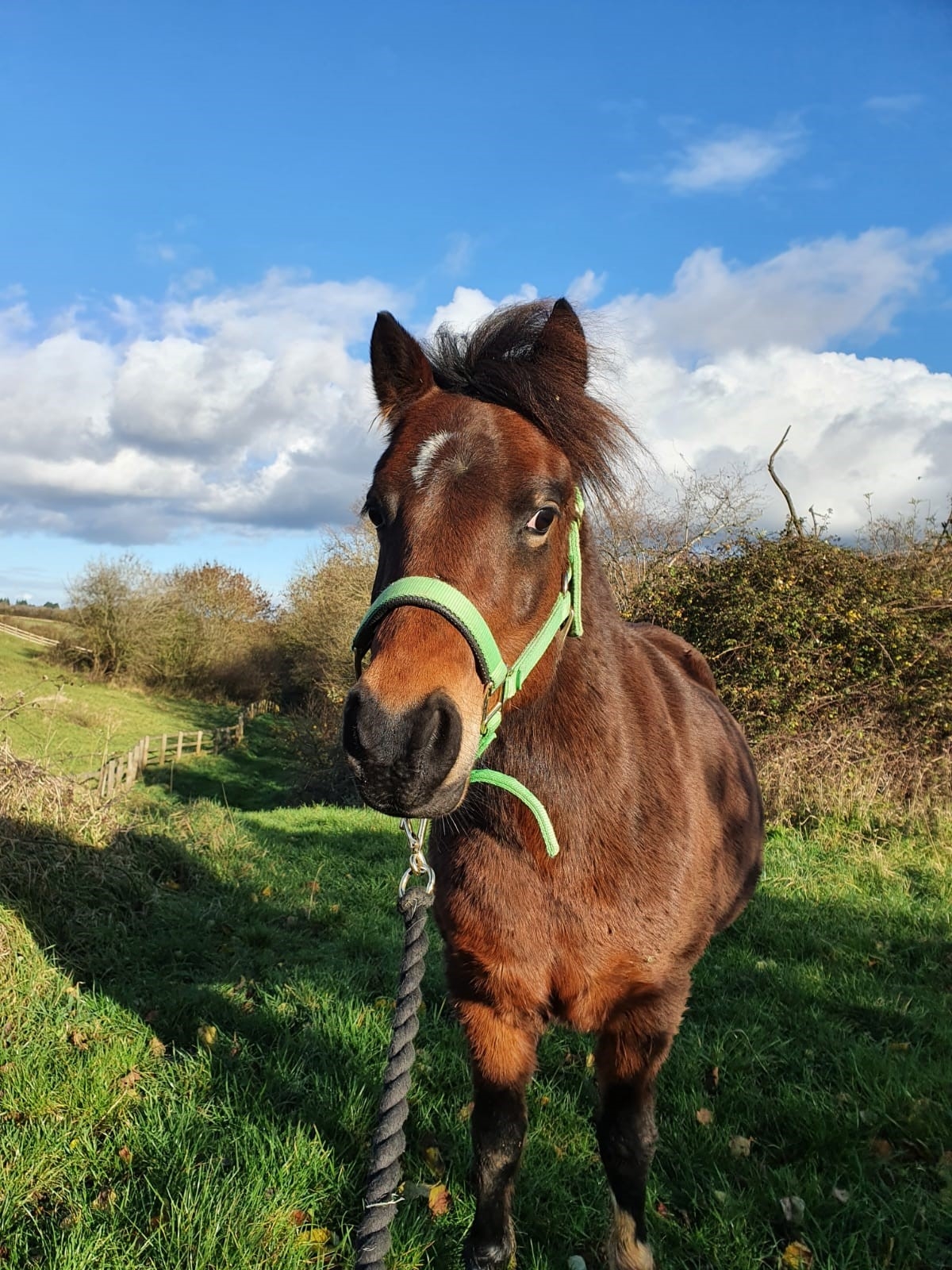 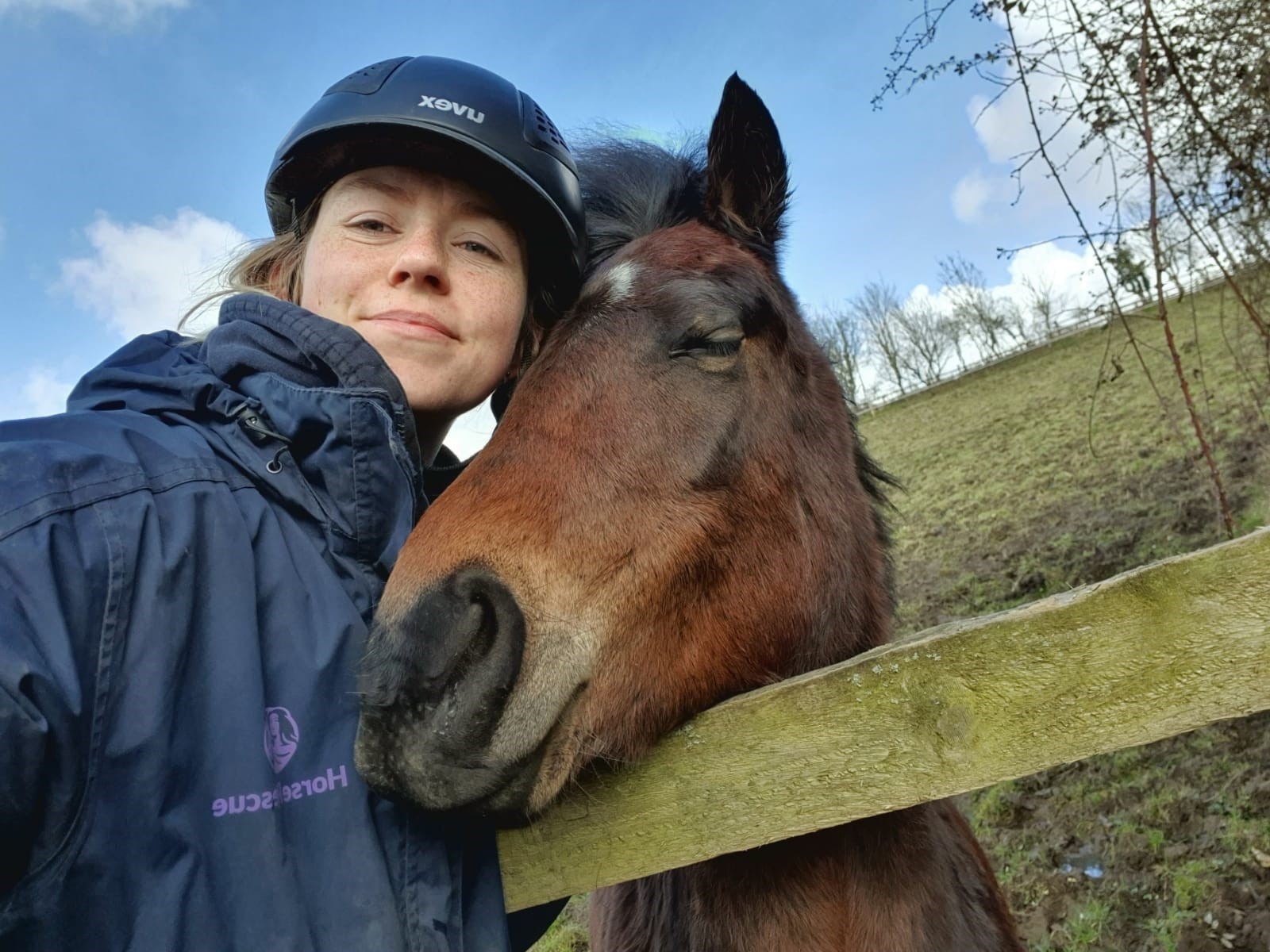 Grace came to HorseWorld in 2017 with her son Poet at foot and another pony called William. They were allowed time to settle in, and Poet was weaned soon after due to him being significantly old enough, allowing Grace a bit of peace and quiet! It was apparent that Grace had received very little handling previously and was very nervous of people, but thanks to our patient and dedicated grooms here at HorseWorld her confidence has grown, and she is now much happier being around people.

Grace has progressed incredibly well with her handling since being with us; however, she can still be slightly stand-offish of new people but once she's allowed time to build up a bond and form a relationship with someone, she really does become a loving and friendly girl (please see picture of Grace and her handler Gemma as evidence!).

Due to her breeding she is prone to weight gain through the summer months so is looking for a home that can provide restricted grazing. She gets on well with other horses and is happy to live out 24/7 with mares and geldings, but does typically prefer female company! She can get slightly anxious if left alone but is currently undergoing training to stay alone for short periods of time which she is proving to settle into very well. This means that she could potentially be considered as a companion for a ridden horse where she would be alone for short periods of time as long as she is given adequate time to settle into this routine.