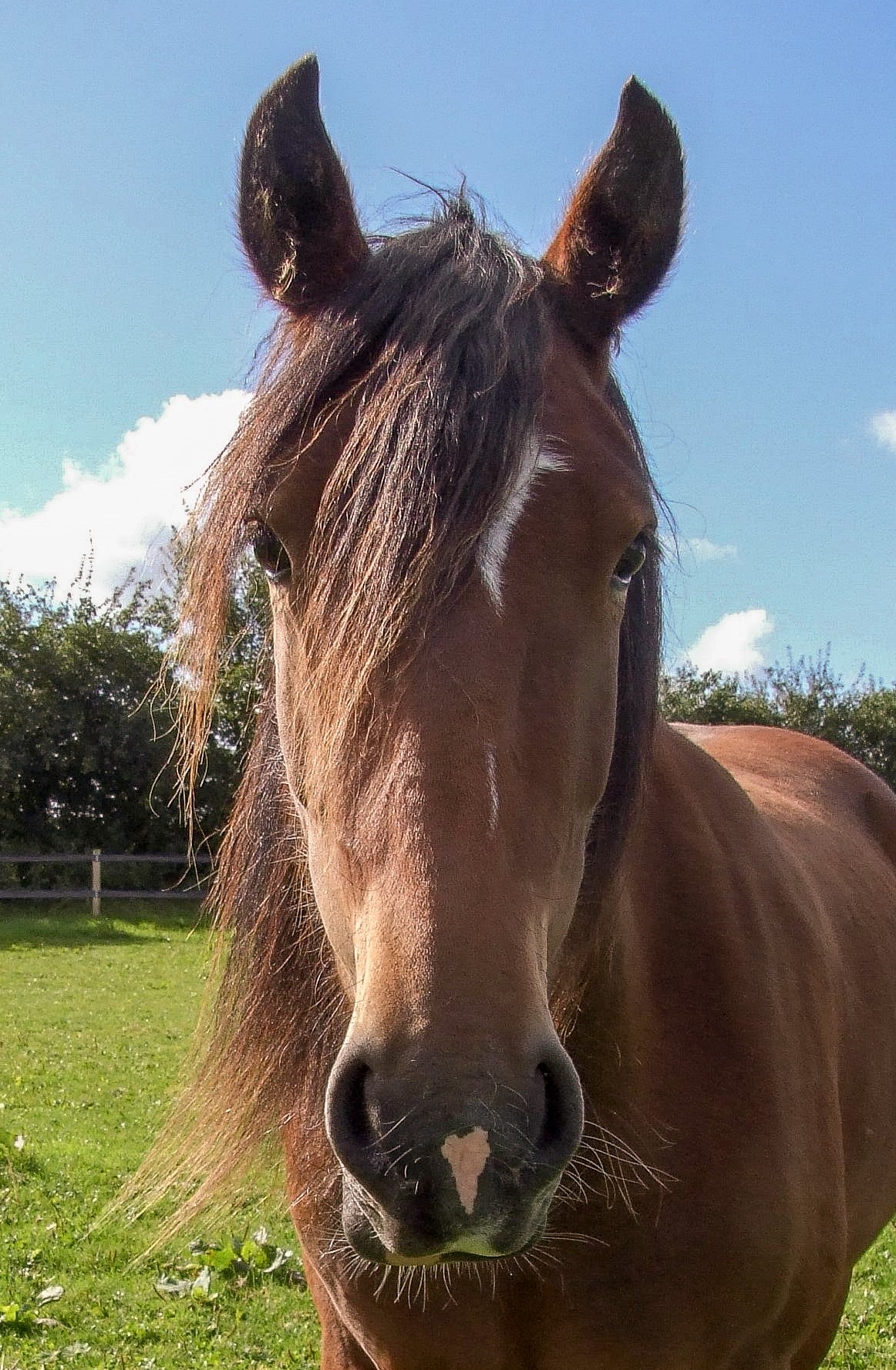 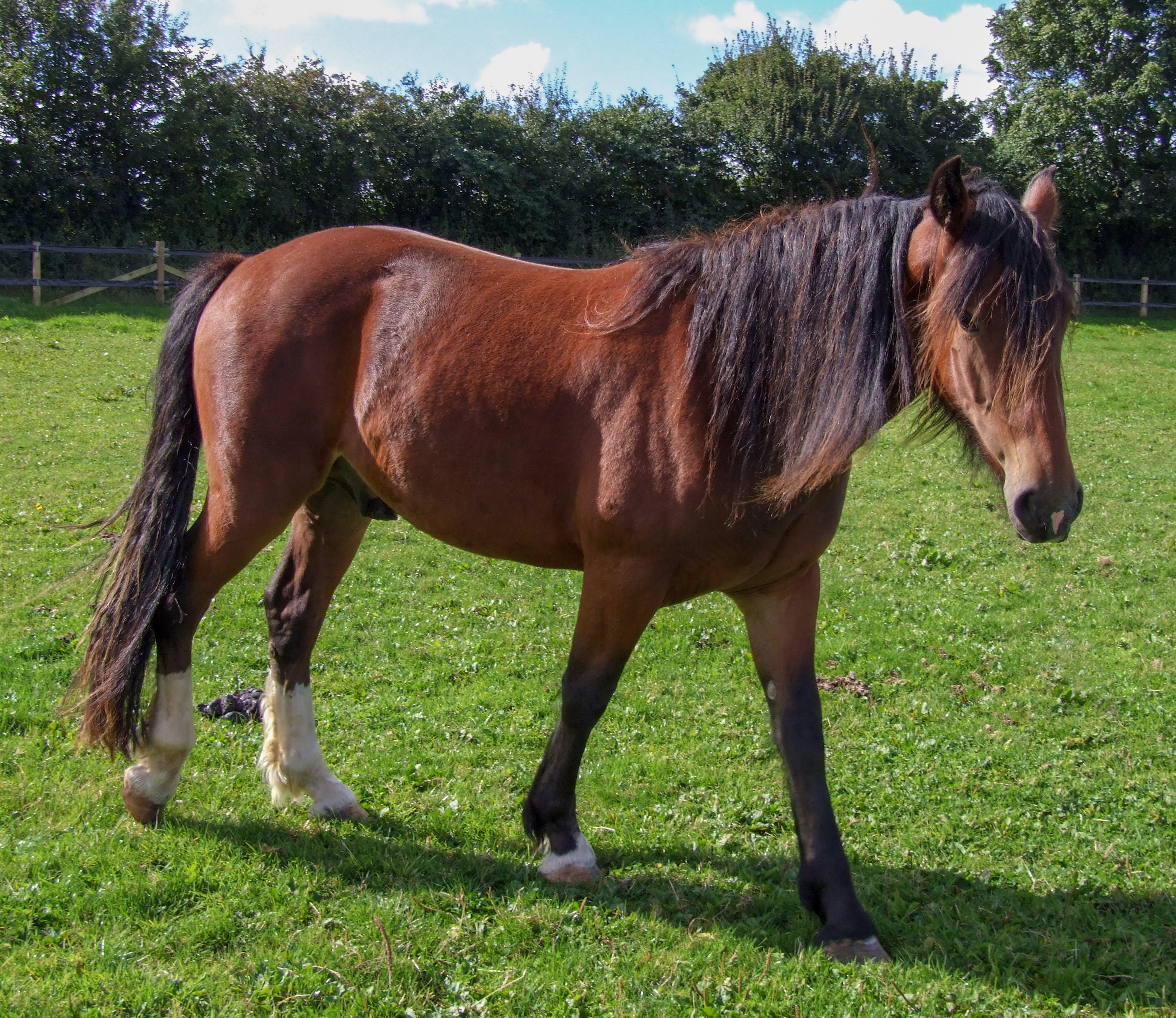 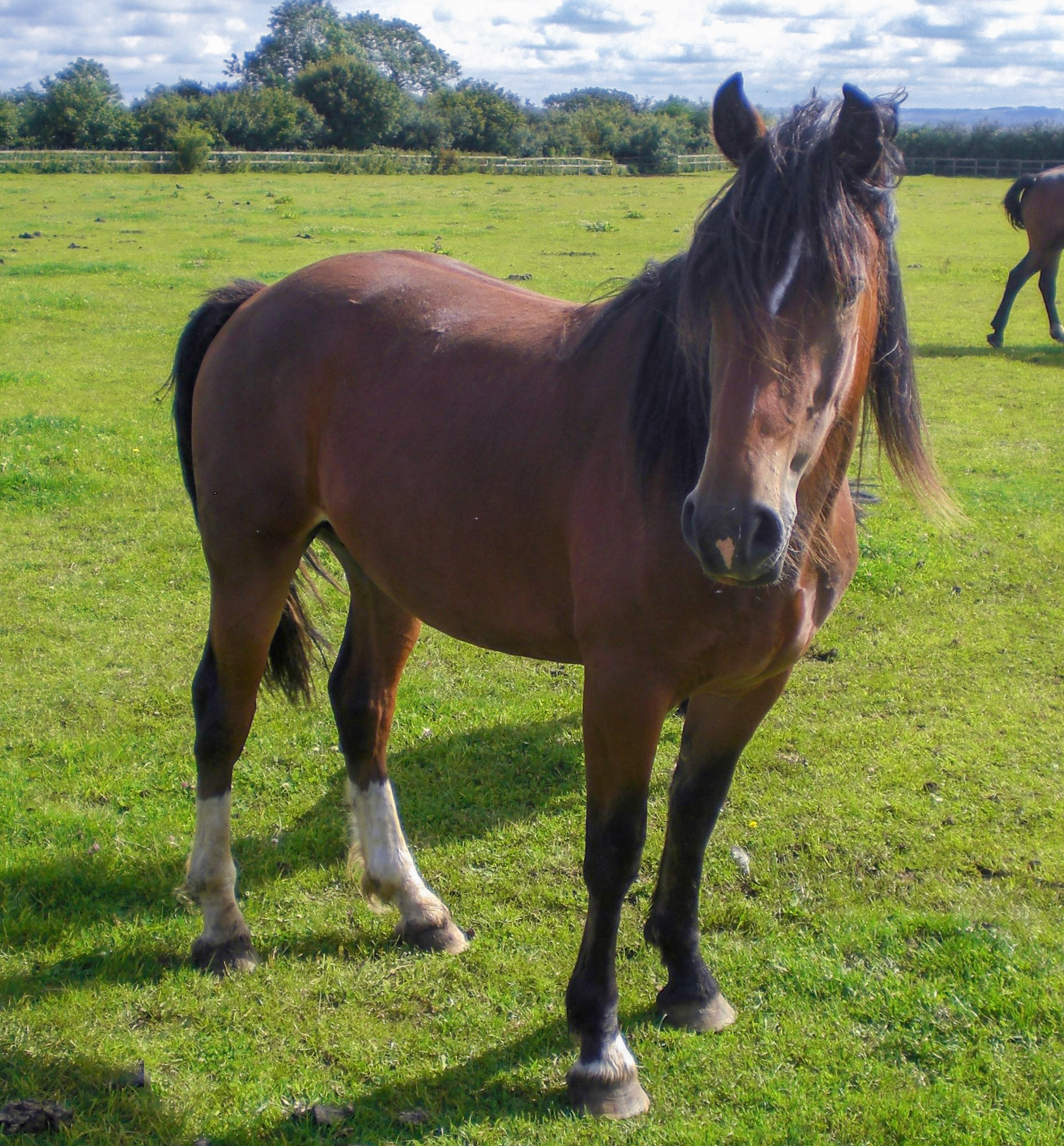 Dart is a very handsome bay gelding who came into HorseWorld in September 2011, as an entire two-year-old. He had been abandoned on common land in Oxfordshire and had been causing trouble for the other horse owners in the area. He was extremely difficult to catch or round up and in the end could only be captured after being sedated with a dart gun.

Dart now has a very different opinion of people. Though he is still wary of strangers, when he gets to know you he has a great fondness for cuddles and is the sort of pony that will follow you around the field for attention. He is great to catch and handle, and although a little slow to lead, he enjoys coming up to the yard for a tidy-up and some fuss. He is great with other horses and has lived with mixed groups, youngsters and stallions/riggy geldings. He can live out 24/7 or be stabled if necessary. He has been fine to be left alone for short periods so may make a good companion to a ridden horse.

Dart is not suitable for ridden work.