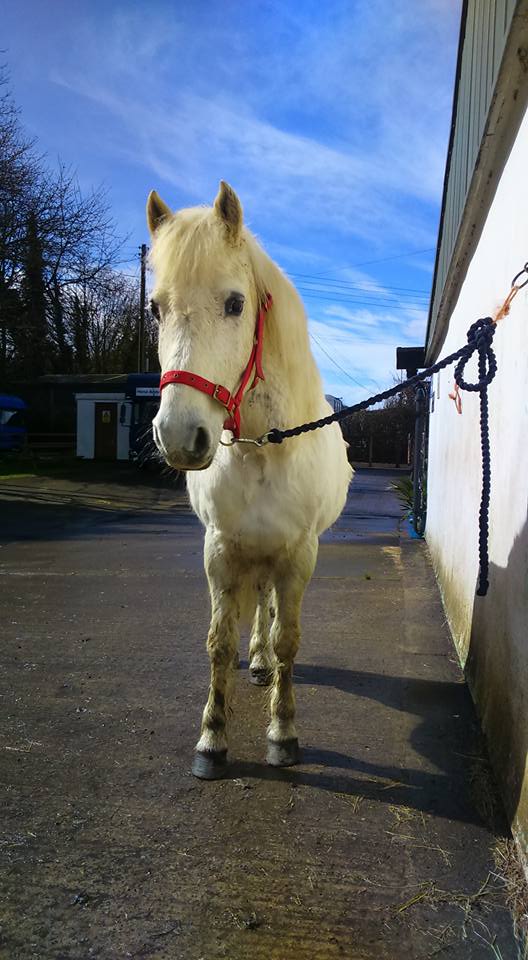 Rosie is a very pretty pony who came to HorseWorld in April 2004 as a feral youngster along with 15 other very nervous ponies. They had been rescued from some common land that had been used for grazing but the owners had not provided for the ponies and many had starved to death.

Rosie went through basic rehabilitation to receive routine handling and is now very used to being handled; you would not guess at her beginnings! As she was quite a sharp pony she never progressed to being ridden, but was rehomed as a companion pony. Since reaching maturity Rosie has been prone to laminitis and sadly in 2014 she was returned to HorseWorld as the loaner could no longer control her weight or the chronic laminitis. On return she was extremely overweight and very foot sore. She spent last summer living on our small track system which had a huge positive impact on her health and weight. She has even come out of the winter a little light and has needed a small feed alongside her ad-lib hay.

Due to Rosie's metabolic issues and her need for grass free turn out, she will spend the rest of her days here with us at HorseWorld.