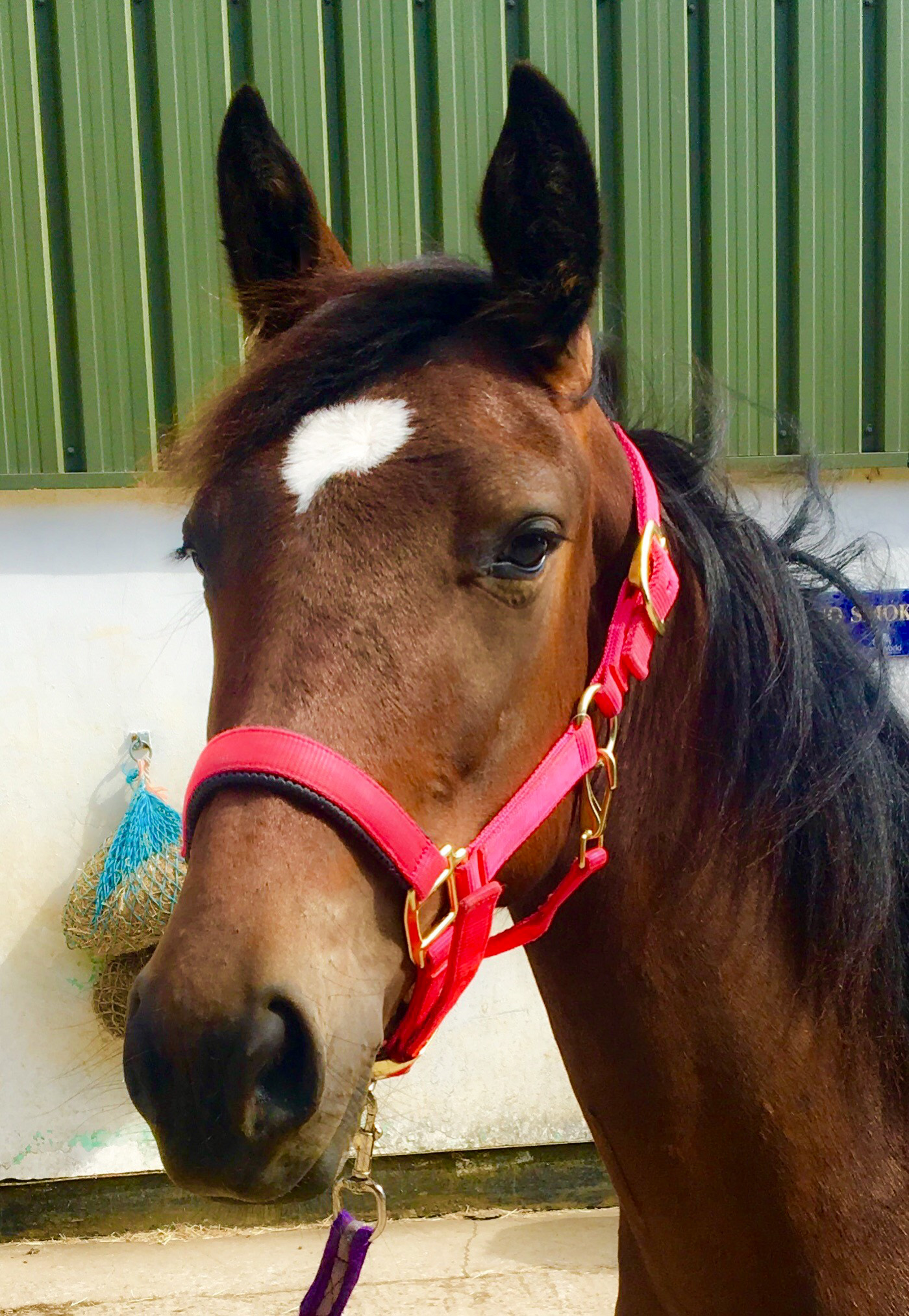 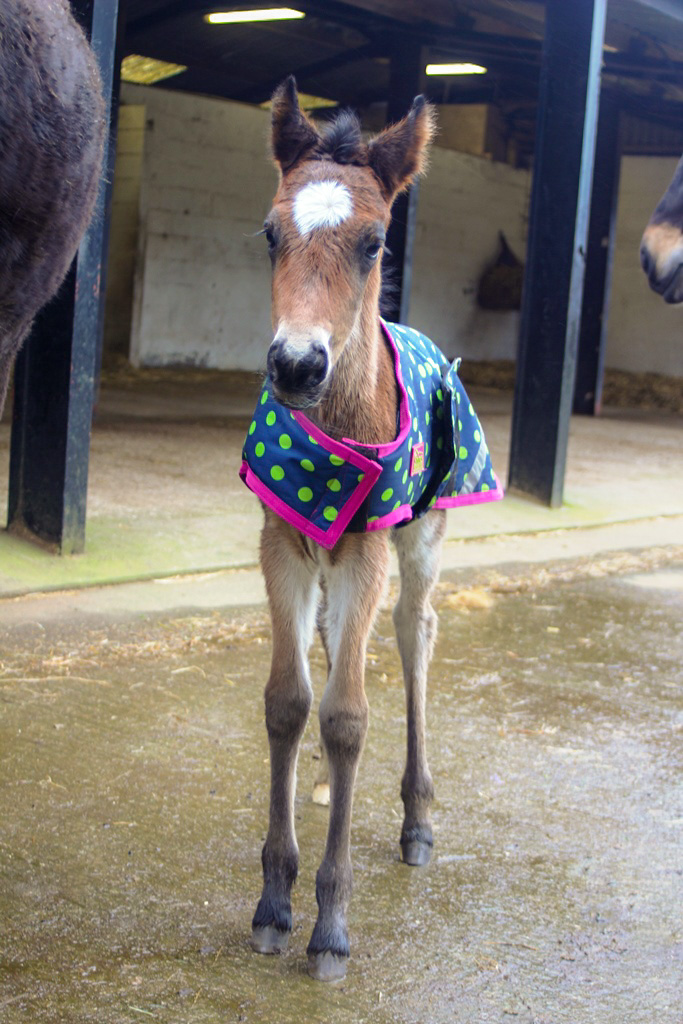 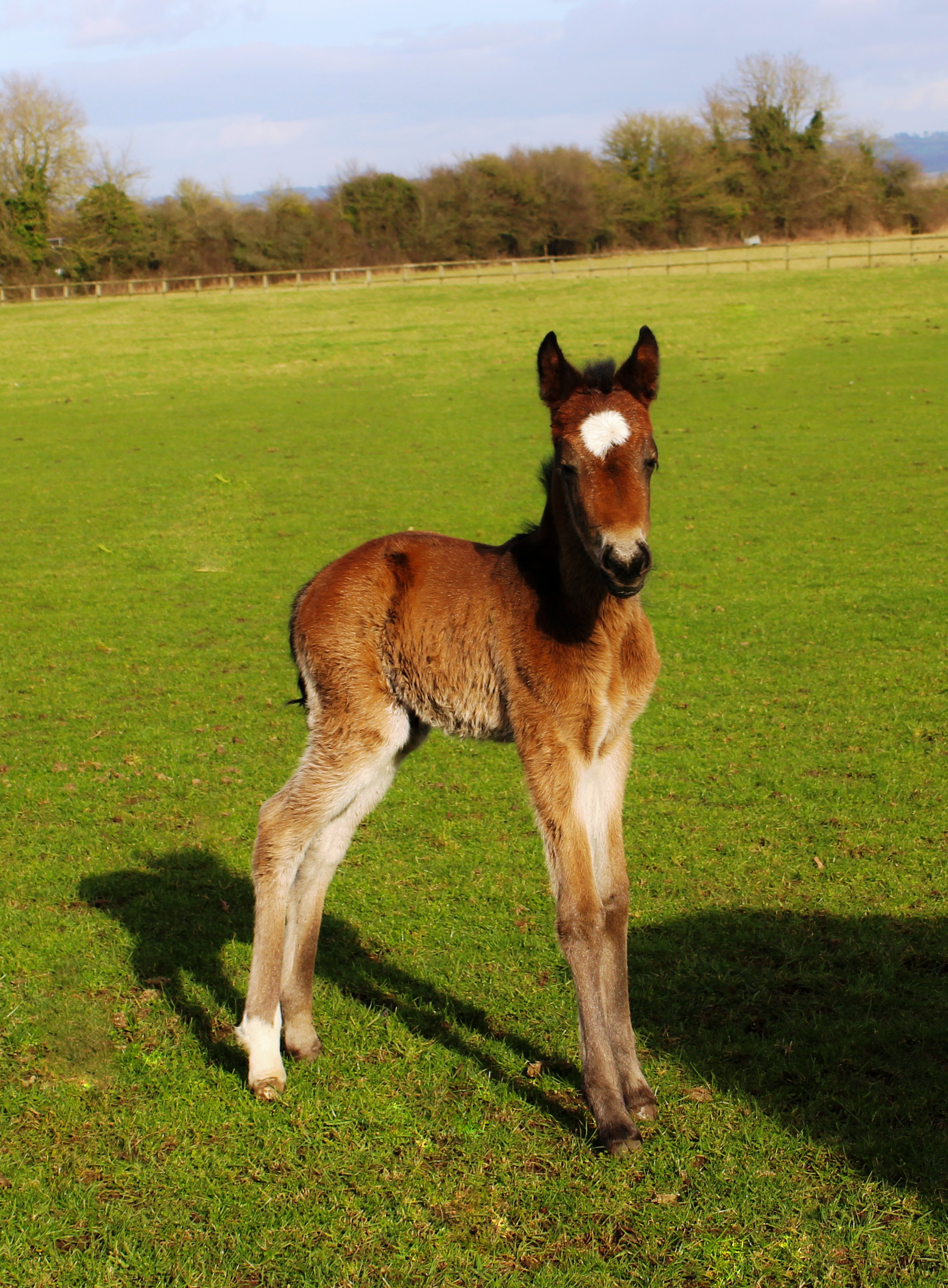 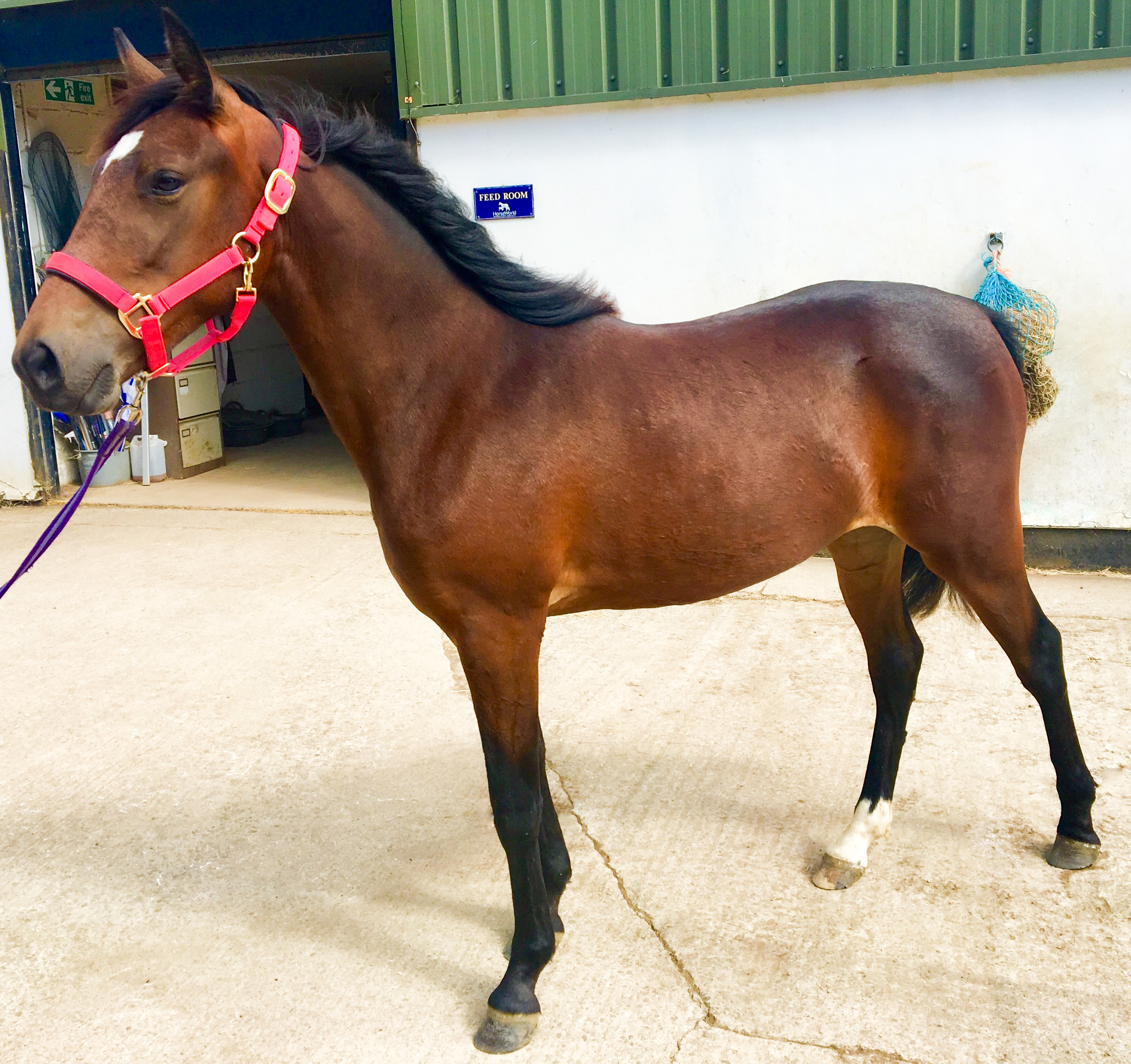 This beautiful girl was born on the 20th of February 2017 in the middle of a storm. Her mother Minty was rescued from terrible conditions just 6 months previously – please see Minty’s story for more information. Rayne was so tiny she had to wear a dog coat as all of our rugs were too big for her!

Rayne was a confident and cheeky foal, she is very inquisitive and adventurous. This is a good thing as Minty was not very maternal towards her; this is because Minty herself was still very young and had been through so many traumas in her short life. We made sure that Rayne and Minty always had mature and experienced mares with them to help keep Minty settled and be a good influence on Rayne.

Rayne was weaned at six months of age and will be allowed to mature alongside other horses until she is old enough to start her training. Hopefully one day she will make a lovely riding horse.