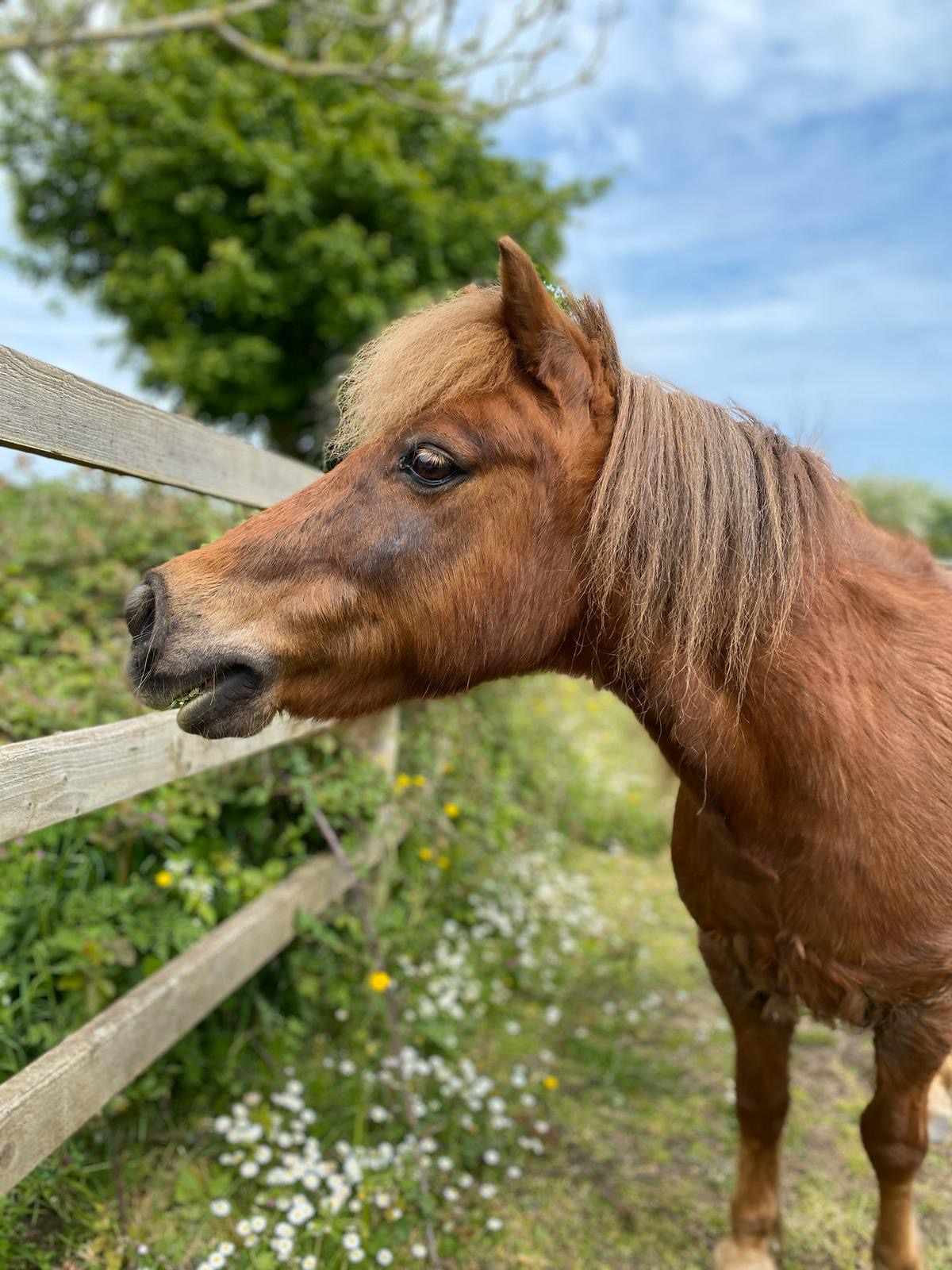 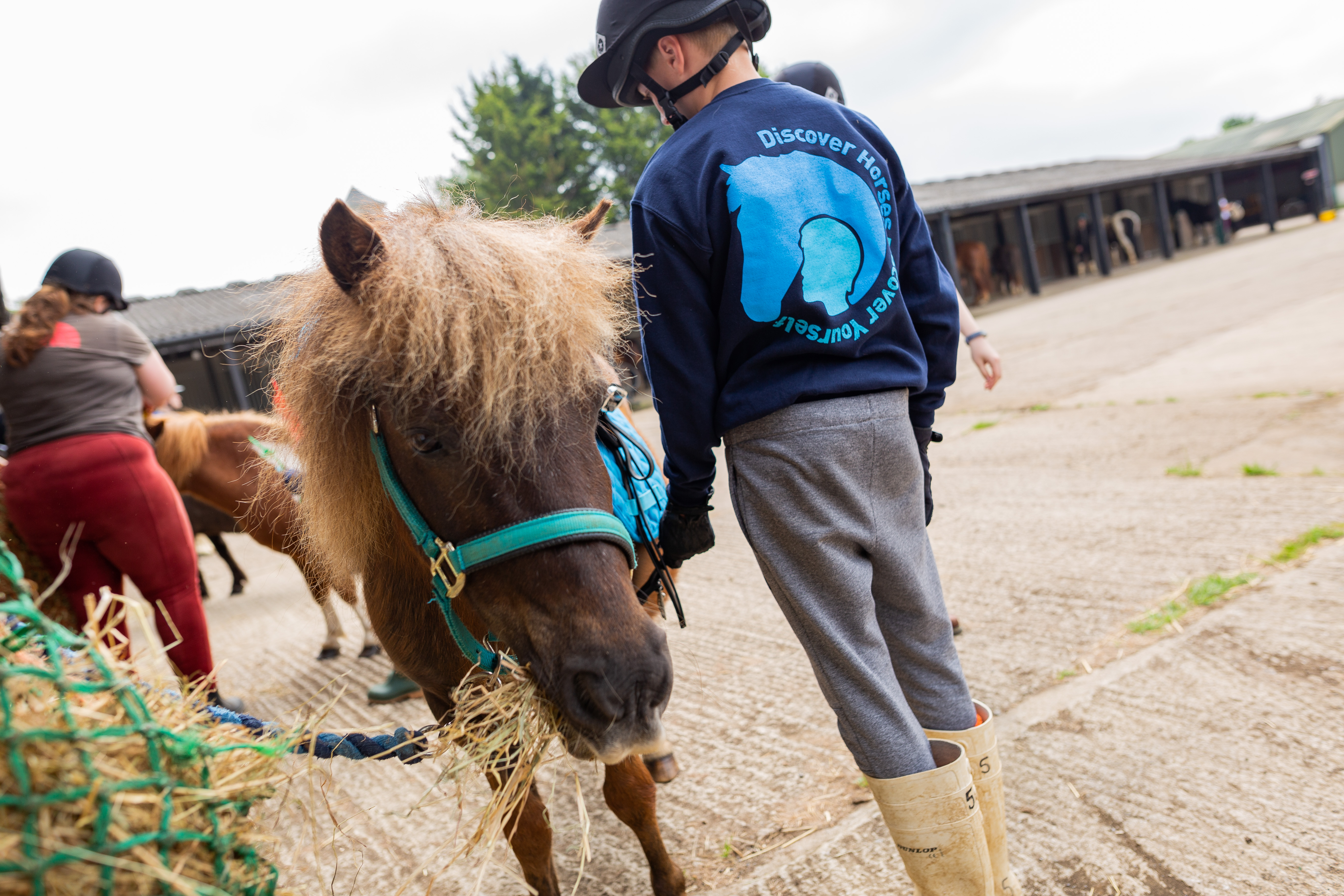 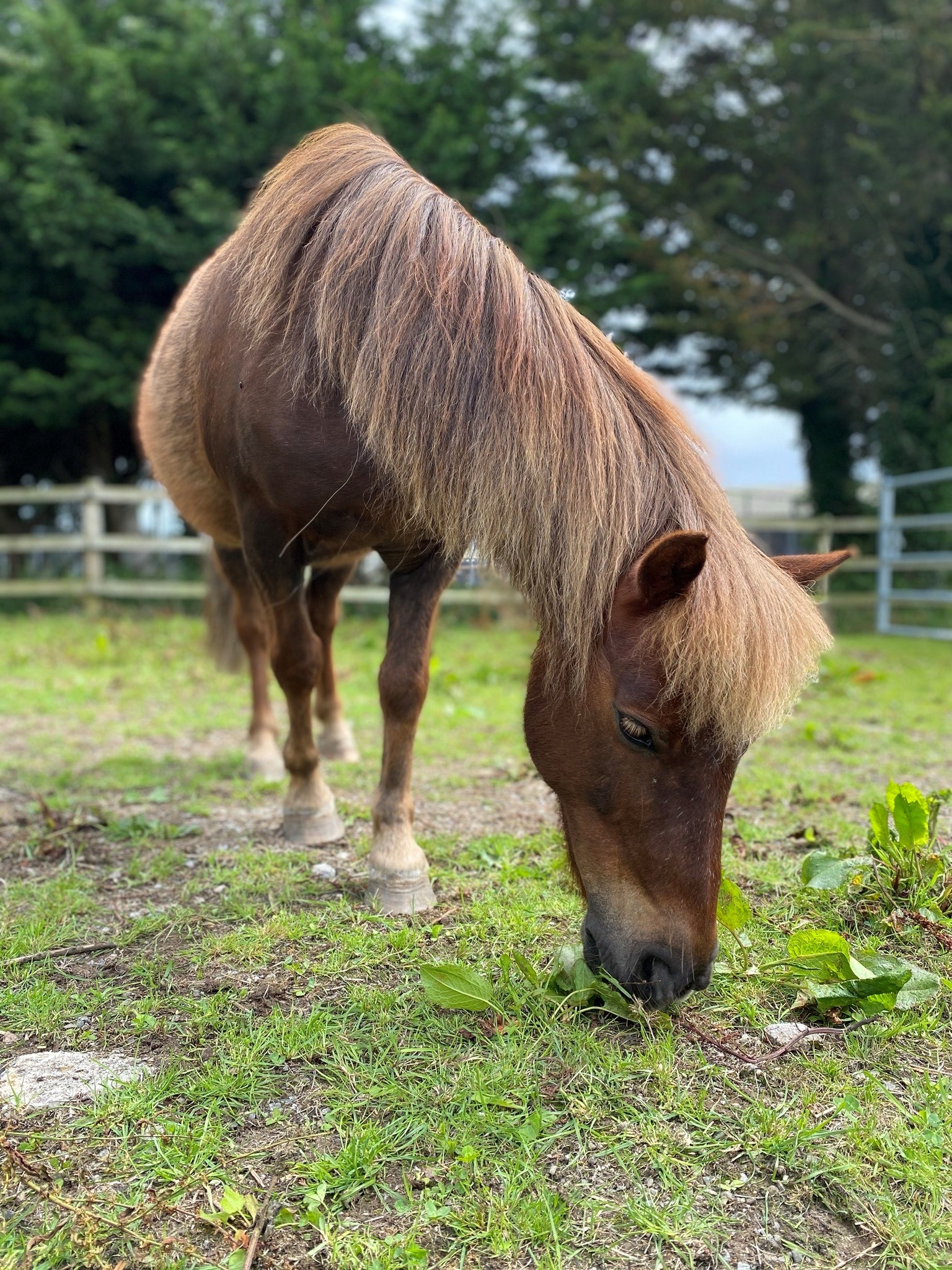 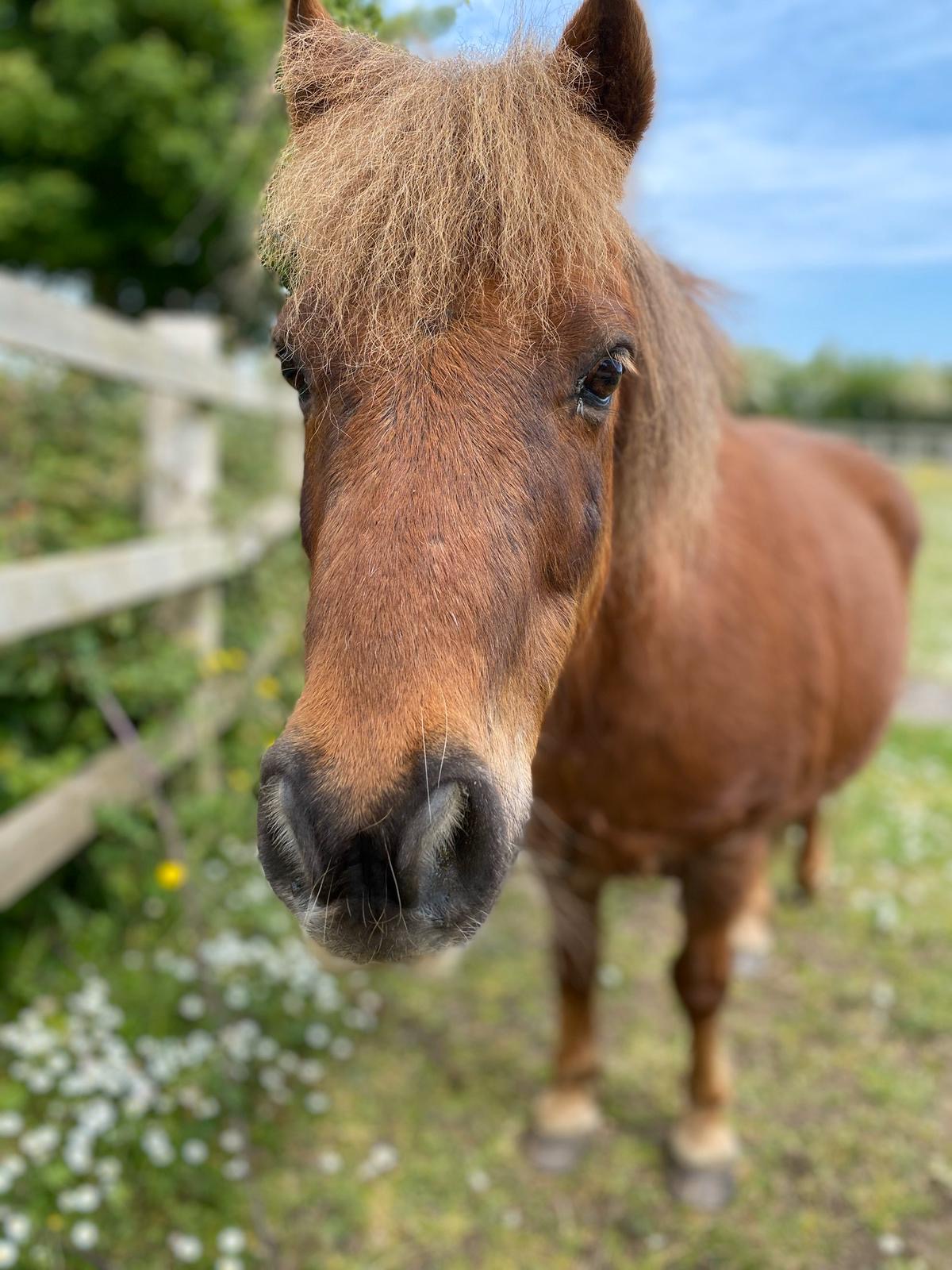 Burdock was rescued in 2002 at just a few months old. He was found covered in burrs and burdocks (hence the name!). After he was rescued it was discovered that he has a heart murmur and so would never be ridden. He is one of the Shetland ponies in the Discovery team.

He is a fun cheeky little pony, who is very popular with the students. He is very good to be handled, groomed and long reigned. However, he has been known to wander off to the hay barn or grass verge for a quick snack with an unsuspecting student in tow, but only occasionally.