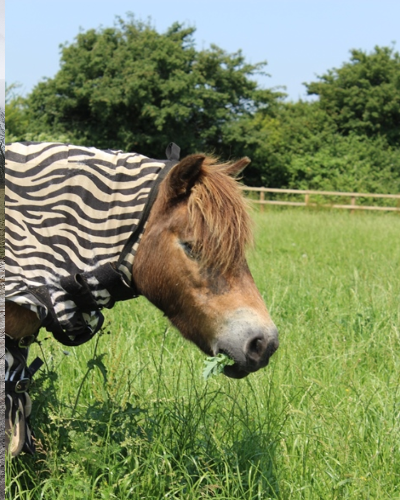 This little Exmoor pony came to HorseWorld in August 2006 – she lived at Marwell Zoo but they needed to rehome when they moved away from having domestic animals on site. She was a bit of an independent lady and although was fine to work with she could occasionally be a little difficult to catch. She also has a condition called ‘sweet itch’ which means she is mildly allergic to midge bites so needed a special rug during the summer.

Appley had been out on a loan home with another HorseWorld pony for several years but returned in 2016 when the loaner could no longer care for them. She is now an older girl and has some molar teeth missing so struggles to chew hay so she is kept on longer grass as this is much easier for her. will spend the rest of her days with us. Considering her age and health issues it would not be fair to rehome her again so she will spend the rest of her days at HorseWorld.