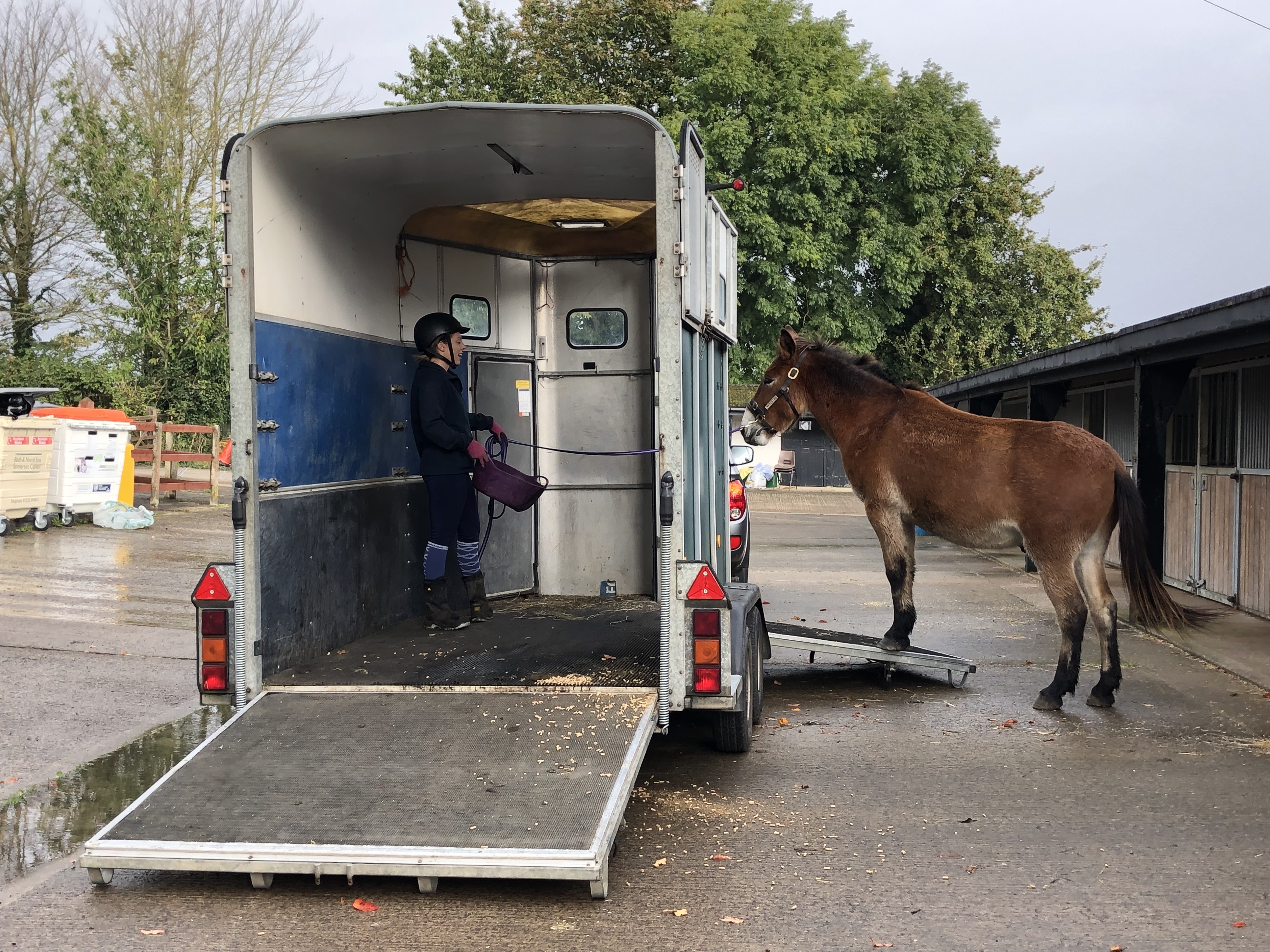 It was a big night for the marvellous mule (whose father was a Poitou donkey, and mother was a palomino pony) but it wasn’t all plain sailing as the HorseWorld team had to work hard in the weeks leading up to the event to help Mowgli learn all about horseboxes!

Kayleigh Sivier, who is part of our Training and Rehabilitation Team said “as soon as we knew Mowgli had been invited to the event, we started work on building his confidence with travelling. He has very strong opinions about certain things, but at the same time can get nervous very quickly, so it was essential that we gave him time to literally find his feet.

All the hard work paid off, and on the day Mowgli loaded as if he had been doing it all his life. Not even the large audience, or massive indoor arena worried him, and he took the whole evening in his stride. I’m fairly sure he was soaking up the applause as he left the arena; I was so proud of him.”

Monty demonstrated Join-Up with Mowgli - a technique based on trust and communication between horse and trainer, through which the horse (or mule!) which is a natural flight 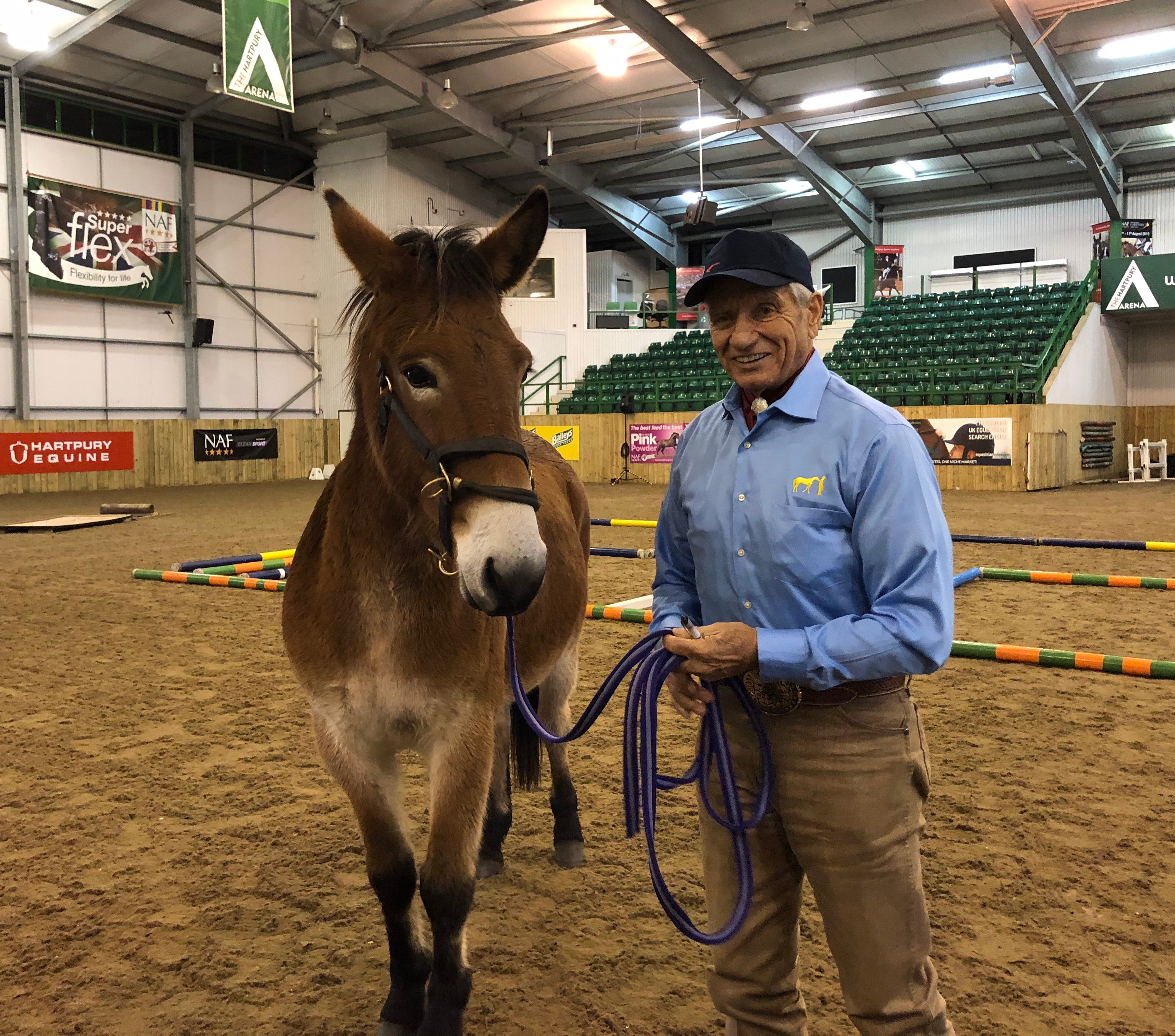 animal, decides that it is better to be with the person than to flee. Monty then put on his first ever saddle, then a dummy rider, then a human rider!“

It was awesome to watch Monty work with Mowgli,” said Kayleigh. “Knowing that his first experience of having a saddle and rider has been positive for him, is wonderful, and absolutely the best start we could have wished for him."

The evening wasn’t only the beginning of a new chapter for Mowgli, it was also an opportunity for the HorseWorld Fundraising Team and volunteers to spread the word about the charity’s life-changing work with vulnerable horses and ponies. 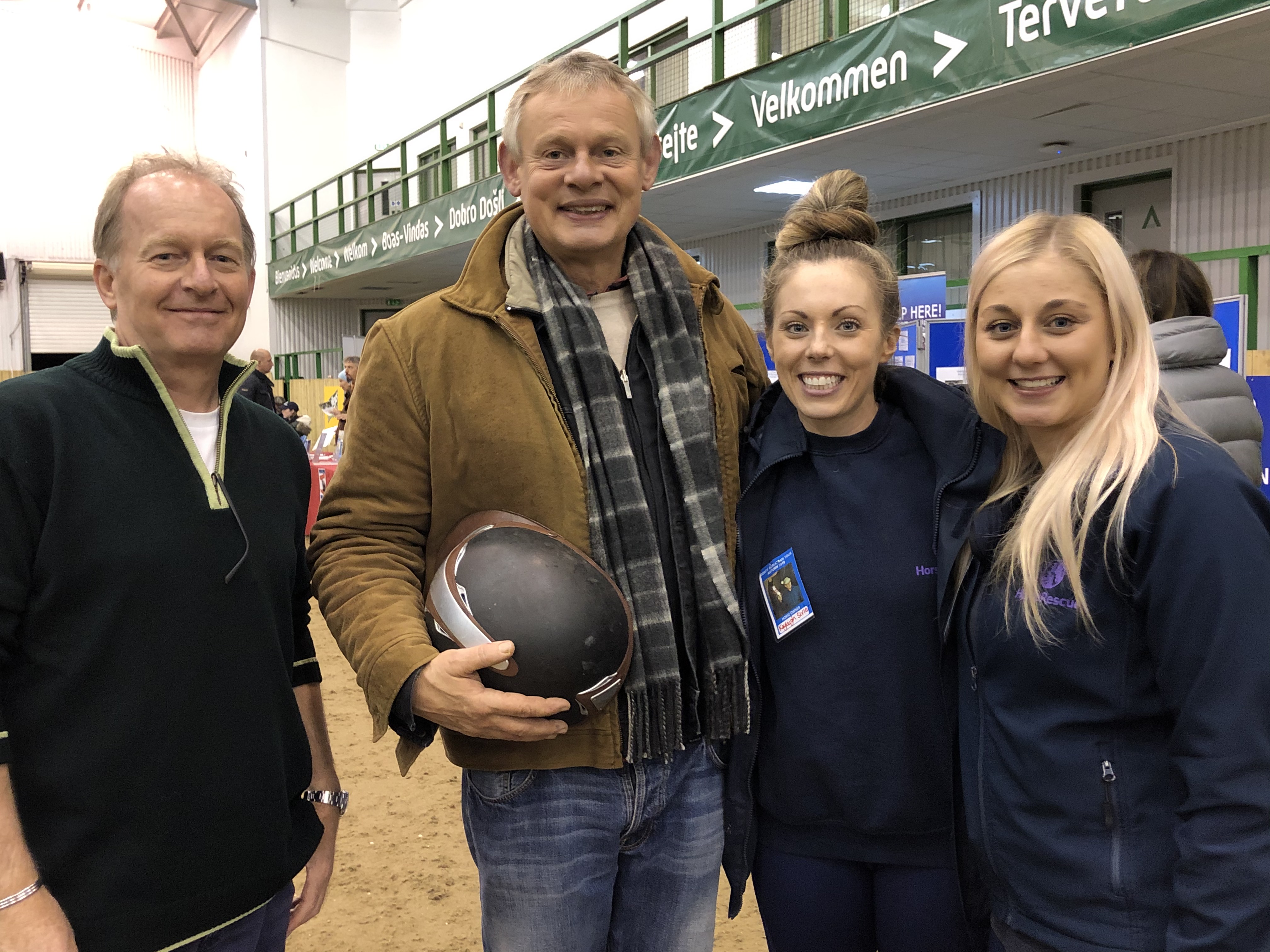 The team even got to rub shoulders with celebrity HorseWorld supporter Martin Clunes. Martin has recently given his voice to the charities appeal for rescued Shire Horse Dime who is beginning her new life as a working Shire – something that she was bred to do.

“We were absolutely delighted to be part of the event,” said Fundraising and Communications Manager Stephen Poole. “Our heart-felt thanks go to Monty and Kelly and their team, as well as all the lovely audience members who spoke with us and made donations on the night. Who knows where Mowgli would be now if we hadn’t been able to rescue him; it doesn’t bear thinking about. Thanks to our supporters we were there when Mowgli needed us, and we can be for other equines too.”