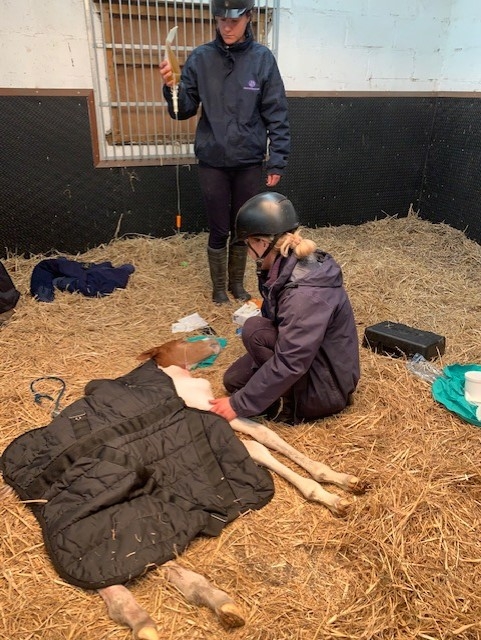 Last year, HorseWorld were called to help rescue three very neglected and heavily pregnant Thoroughbred mares. They were found just in time and within weeks HorseWorld welcomed two newborn foals, Thor and Ginny to their family. Now the charity are able to tell the inspiring story of these animals fight to survive.

The expectant mothers were discovered standing in a filthy barn, near Bristol, hock deep in soiled bedding. They were riddled with lice and suffering from rain scald due to exposure to prolonged wet weather, all had over-grown feet, and were desperately trying to cope with being malnourished and heavily pregnant.
The mares, Lisa Jane (LJ), Pink Champagne and Tango were quickly removed to the safety of HorseWorld where the Welfare team alongside our Veterinarian administered emergency care and began a race against time to save the mares and their unborn babies.
Sadly, Tango did not recover from the horrendous neglect she had suffered and soon after arrival, Veterinary examination revealed a fractured and infected bone within her hoof. Everyone was heartbroken, but at least for her final few days she had finally known how it felt to be cared for. Her final moments were full of love. 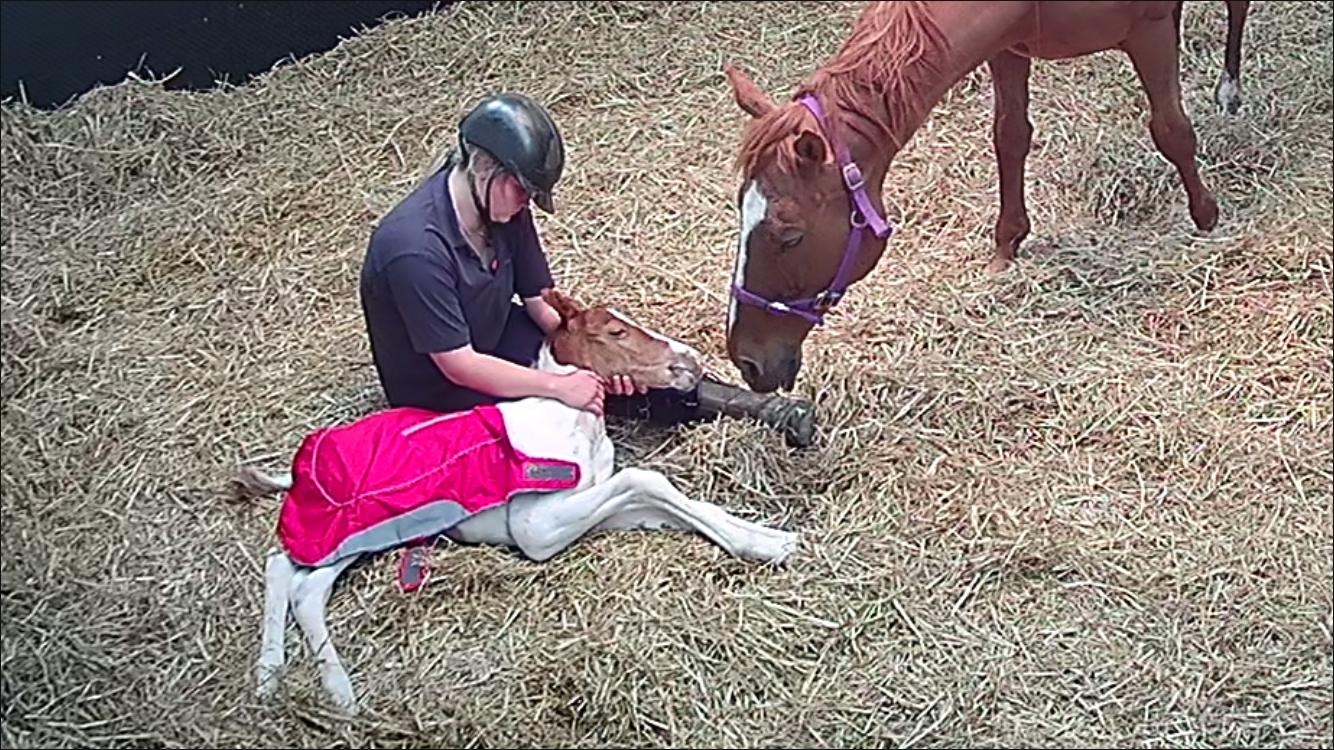 But from this story of neglect emerged the story of hope and just weeks later, LJ gave birth prematurely to a colt foal. He was very cold and very weak and unable to stand on his own. His life hung in the balance. He was so small the team had to buy him a dog coat to help keep him warm. LJ was also poorly and needed veterinary treatment after she suffered an infection. The HorseWorld team worked 24/7 to save the tiny colt. He had inherited his mother’s brave character and determination to survive – it was then our team named him Thor.
Just a few weeks later, Pink Champagne gave birth to her baby. The little filly seemed healthy at first and the HorseWorld team nervously celebrated a straightforward, positive outcome for the mares, but both mother and foal soon became very poorly with a virus called Campylobacter. If it hadn’t been for the quick action and excellent care she received, she would not have survived. In recognition of the bravery shown by her mum, the little filly was named Pink Gin – or Ginny for short.
It cost £5,588.67 in vets fees to nurse these mares back to health and the intensive care required for their foals to survive. 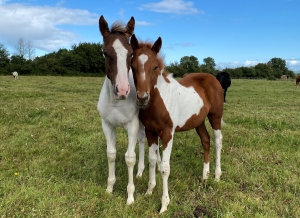 "Ginny and Thor will never know the cruelty and neglect that their mothers suffered as HorseWorld will always ensure their every need is met." Said HorseWorld’s Fundraising and Engagement Coordinator, Amy Williams.
“This Valentine’s Day, HorseWorld are asking our supporters to show a little love to secure the future of this family and others like them that the charity continue to provide for”
“Every penny donated will make a difference to Ginny, Thor, their mothers and other horses, ponies and donkeys who have, through no fault of their own, found themselves in need of help”
A donation page has been set up on the HorseWorld Website www.horseworld.org.uk/love where anyone wishing to help can donate.

Watch the amazing journey of these mares and their foals