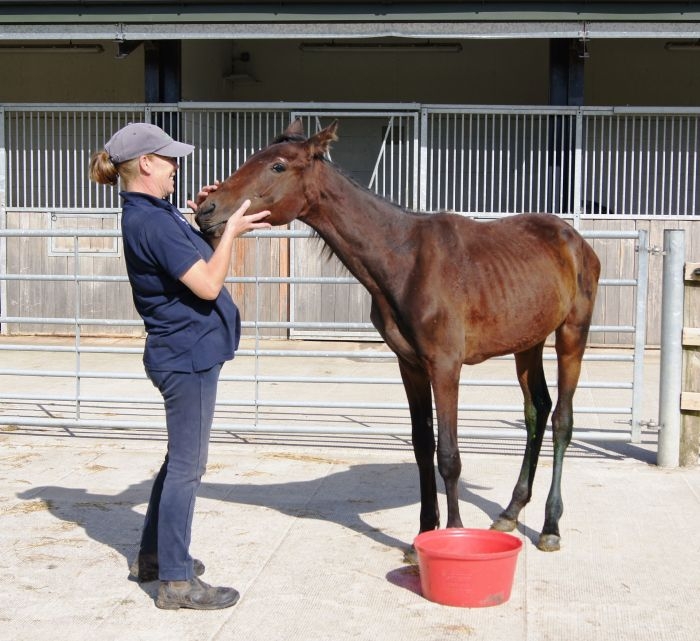 A horse rescued following a sickening attack where he was left for dead in the road with fractured bones is now fully recovered and working in a program with vulnerable children.

Twiglet, whose life has hung in the balance for many months, is now finally able to live life to the full. The young horse was found collapsed and emaciated on an industrial estate in Avonmouth, Bristol in August 2015.

“Twiglet had been through a horrific ordeal.” Said HorseWorld Yard Manager, Sarah Hollister who helped to nurse Twiglet back to health. “We were called out in the middle of the night to pick him up. He had collapsed in the road. He was weak, painfully thin and had a fractures in his back and neck which we discovered on return to HorseWorld when our vets examined him. He was emotionally shut down, there was no life in his dull, sunken eyes.” 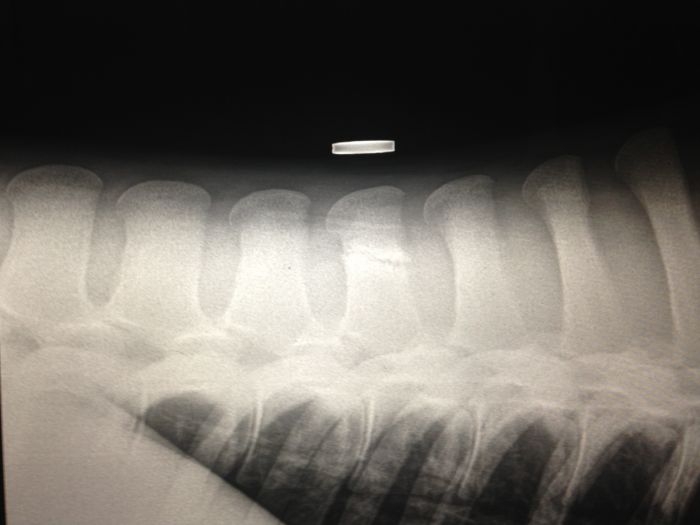 When Twiglet was first rescued, on examination Carys Chadwick, Veterinary Surgeon of B&W Equine group stated “The injuries are consistent with a blunt trauma. My guess is that this horse has been severely beaten over the back and neck with something heavy, for example a metal bar. He is also dangerously underweight and covered in sores.”

A few months after Twiglet's arrival, his front leg started to buckle forwards at the fetlock. The vet explained that due to his extreme malnutrition followed by the dramatic change of finally receiving the appropriate feed, his growth rate had suddenly accelerated but the tendons were not all growing at the same rate. Twiglets tendon had to be operated on to correct this and he wore a cast for several weeks. 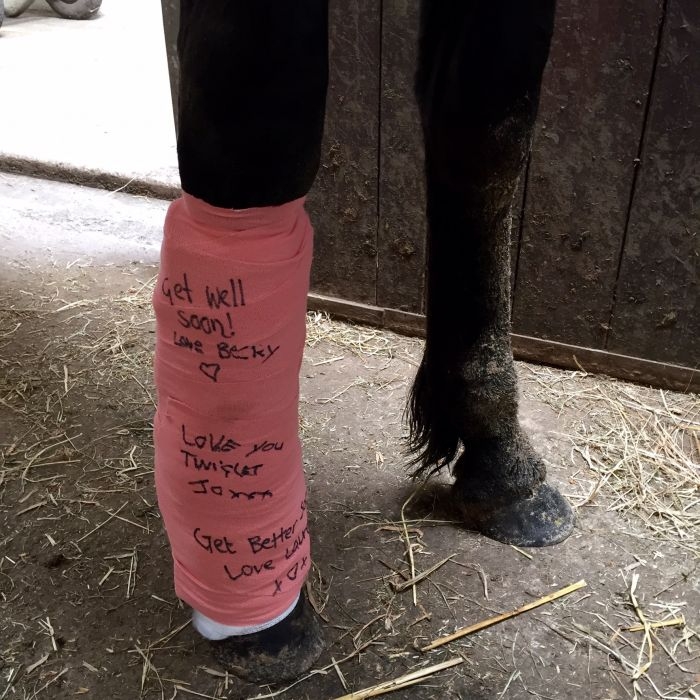 The young colt was named Twiglet due to his appearance. His skin was stretched tight over his frail skeletal frame and his long knobbly legs resembled the snacks known as Twiglets.

Despite his heartbreaking condition on arrival at HorseWorld, Twiglet has made a remarkable recovery and is now a fully trained Equine Assisted Learning pony working with children who are outside mainstream schooling or struggling to learn in a classroom environment.

Young people referred to HorseWorld’s Discovery Courses with a wide range of complex and challenging social, emotional and mental health needs. The 6-week course they take part in alongside the rescued horses is a chance to learn vital life skills outside of the classroom setting in a positive and encouraging environment.

Horses like Twiglet who have overcome a trauma in their life and have gone on to be happy, healthy and successful can be an inspiration to those who are struggling to overcome their own difficulties in life. It is common for the young people to form strong bonds with them.

“Twiglet has been getting on really well as a Discovery horse” said Discovery Course Facilitator, Louise Hewett “ He’s settled in well to the herd and really seems to enjoy his new routine. As he is still quite new to his role, he spent the first few weeks meeting students but not working directly with them.

“He has now started working with some of the more experienced students and has taken to it like a duck to water. He has a sweet nature and is proving very popular with the young people.

"In the future, we hope that Twiglet will become a core member of the Discovery herd, working with both groups and individuals, doing all Discovery activities. He will sadly never be ridden due to the trauma to his back and neck he experienced before his rescue but loves the attention he receives, often falling asleep when being groomed.” 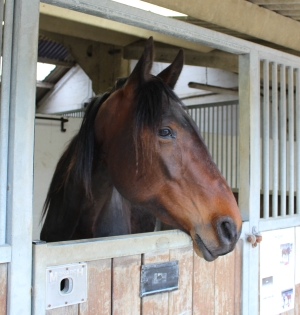 If you wish to donate to HorseWorld’s Discovery Courses, and be a part of this life-changing program, offering a safe space and an exciting new future for both the young people and the horses and ponies that work with them, please visit www.horseworld.org.uk/discovery-appeal