fter a successful debate in parliament on Wednesday the 20th of February 2019 MP for Thornbury and Yate, Luke Hall, brings HorseWorld Trust’s aim of getting legal restrictions on tethering closer to becoming a reality. 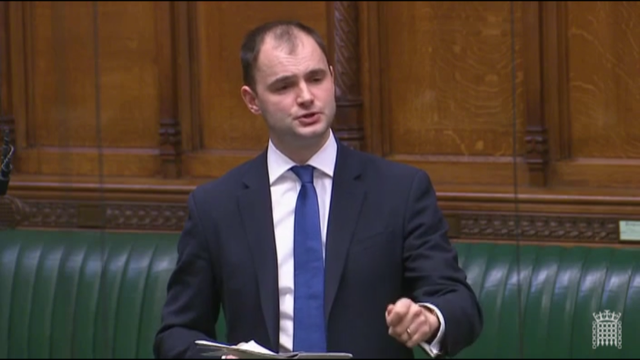 HorseWorld Trust’s #BreakTheChain aims to amend the Animal Welfare Act 2006 to include explicit restrictions on tethering horses. Including a 24-hour limit to tethering time, a ban on tethering in dangerous locations and a rule that if a tether is your only way of keeping a horse then you should not be allowed to own that animal. Over 12,000 people signed-up to the campaign and emails were sent to 94% of MP’s.

On Wednesday the 20th of February Luke Hall, MP for Thornbury and Yte, gave a persuasive and heartfelt speech in the house of commons urging the Minister for the Department of the Environment, Food and Rural Affairs, David Rutley, to amend the Animal Welfare Act to include tethering restrictions. The speech received nothing but support from MP’s across three different parties during the debate. MP Jim Shannon, of Strangford, said: “(Tethering) Clearly not a long-term solution for any horse and needs to be looked at”

Luke is a champion of animal welfare and has previously helped to secure a ban on the domestic ivory trade in the UK and is currently working to try and prevent people being tried for animal cruelty offences from owning animals in the interim before their trial. Luke took a particular interest in HorseWorld’s #BreakTheChain campaign because his constituency has a high number of tethered horses and the local council in South Gloucestershire doesn’t employ an Animal Welfare Officer so all equine welfare concerns fall to the police.

Luke said: “Tethering can cause harm and suffering which is why I’m calling for changes to the law to protect them.”

Thanks to a rousing argument and support from multiple MP’s the debate resulted in a resounding success for Luke and for everyone concerned with equine welfare. The subject of equine tethering and equine law enforcement will now be taken to a round table committee. This will include representatives from other major equine rescue charities and will clarify the issue within the industry and what changes are recommended. DEFRA minister, David Rutley, said in his closing statement: “The strong arguments made today and the concerns that have been raised mean that I shall call for a meeting with key stakeholders in the months ahead”.

Mark Owen managing director for HorseWorld said: “This is the best outcome we could have possibly hoped for. It is a win the 3,500 tethered horses in the UK, they are now edging closer to being given a life off the tether. We are so grateful to Luke and his team for making this happen and grateful to every single person who supported the campaign.”

Can you believe when this lovely was born she was so small she had to wear a rug for a dog?! 💙🐴 Rayne was born at H… https://t.co/d8lth3WOqL

We're recruiting for some *amazing* roles. There are part time AND full time positions available in various teams t… https://t.co/dNOMPZI4JK