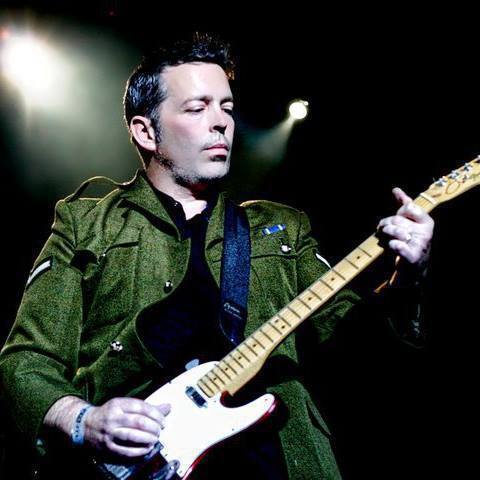 Daz's Rock 4 Charity, with its party atmosphere and mixed selection of great bands, singers and entertainers is on the Grand Pier, Weston-super-Mare on Fri 3rd March 2017.

The concert is also supporting HorseWorld’s Discovery Courses which help vulnerable young people who have emotional, behavioural or learning difficulties. The children work with rescued horses to get qualifications and life skills, gain confidence and help increase communication.

Since 2007, Daz has raised over £300,000 for various charities throughout the UK by organising massive charity concerts at The Colston Hall - Bristol, Weston-super-Mare, Leicester and Hull. He also raised over £500 for HorseWorld last August by taking part in a Sponsored Water Dog Rescue with Newfound Friends, a charity that uses the unique water rescue skills of the Newfoundland Dog to raise funds for charity. In addition to organising fundraising concerts, Daz has cycled from Lands’ end to John O’Groats on a bicycle in 10 ten days and is also running the London marathon this April all for Charity.

Daz has been involved in music since the age of 11 and was performing in bands by the time he was 14. He is multi-talented and not only sings but plays the guitar, bass, piano and drums. Daz has toured the UK and Europe, released two Charity Singles and he also teaches guitar to youngsters.

As quoted by VENUE magazine; "If there was a list of a 101 things to do before you die, get to see Daz perform. He has the knack of reading an audience and setting the mood, whatever situation.”

HorseWorld’s Discovery Course leader Sharon Howell said “It is a great honour to have been chosen by Daz for this Rock 4 Charity Concert to raise much needed funds for our Charity. “Discovery” is all about inspiring young people to succeed and this is exactly what Daz does by giving some of the young people that he teaches the opportunity to perform on a big stage in front of hundreds of people. It promises to be a fabulous fun and entertaining event and we cannot thank Daz enough for his support.”

There will be an after show party with Disco and Karaoke till 3am for a £3 entry fee (also on the Pier). Anyone who cannot come but wishes to donate can do so by visiting www.justgiving.com/dazsrock4horseworld or texting HWOR77 £5 to 70070 (amounts of £1,2,3,4,5,10)

For more information about this and other events, please visit the Events page

Below is a video of Daz performing 'Live and Let Die'

Below; 14-year-old guitarist, Senna Weeks will also be performing.