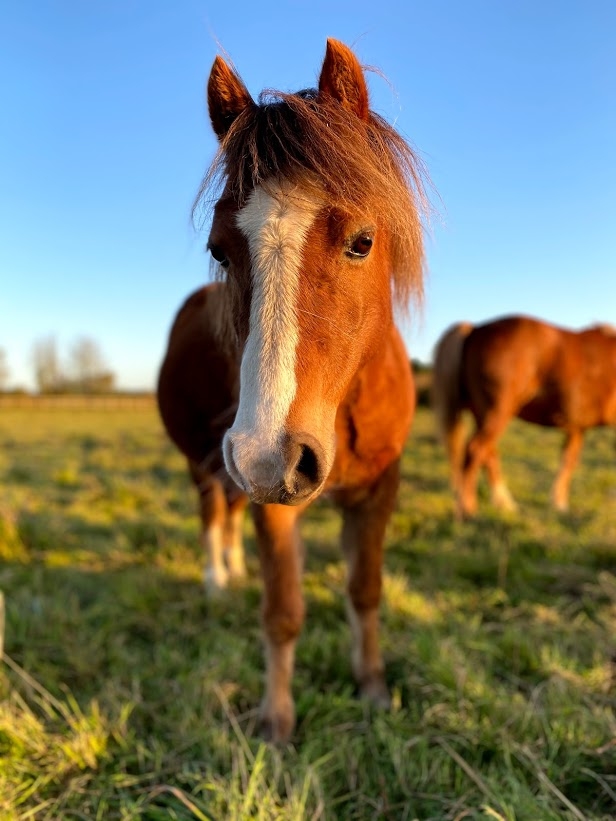 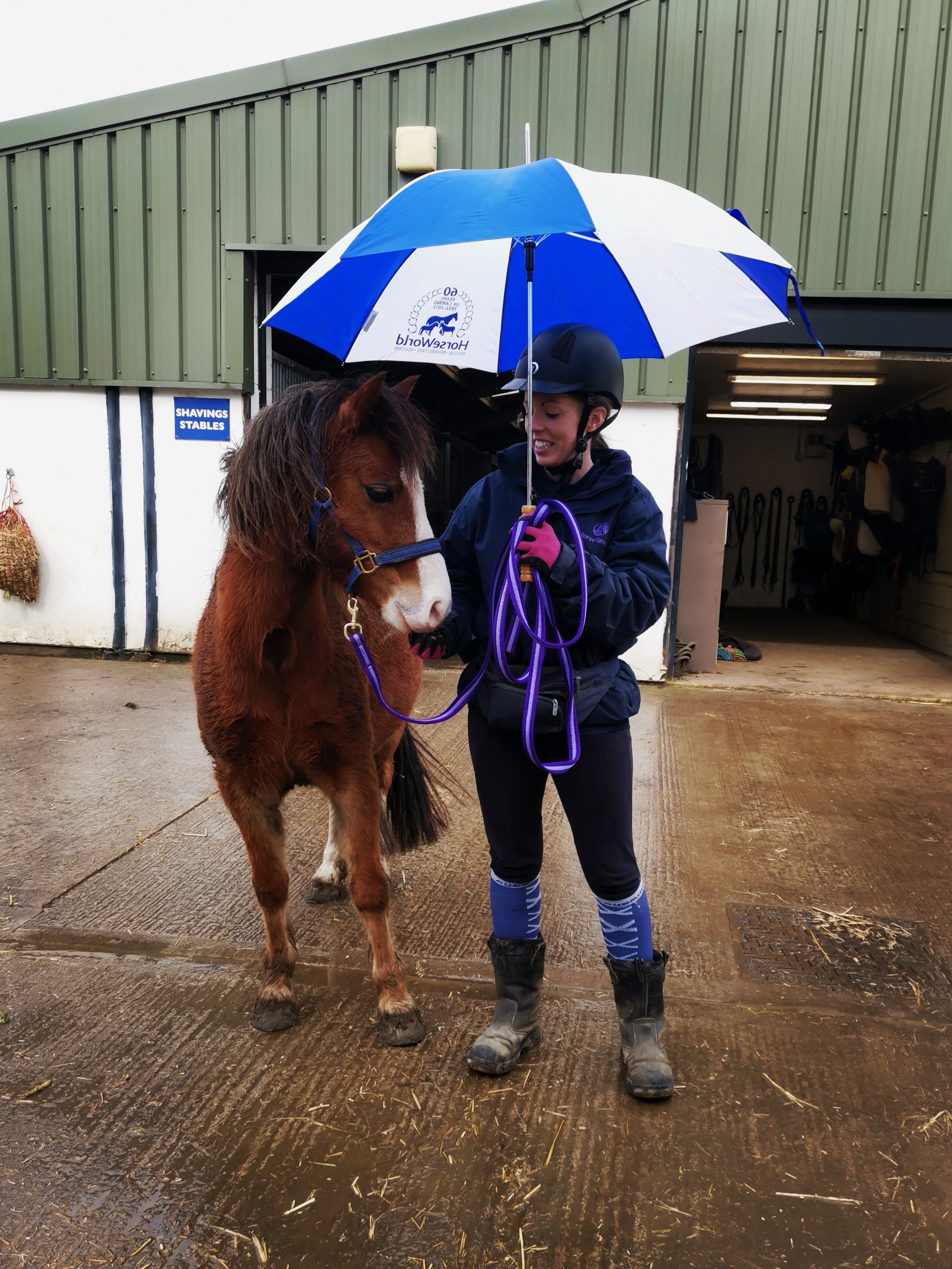 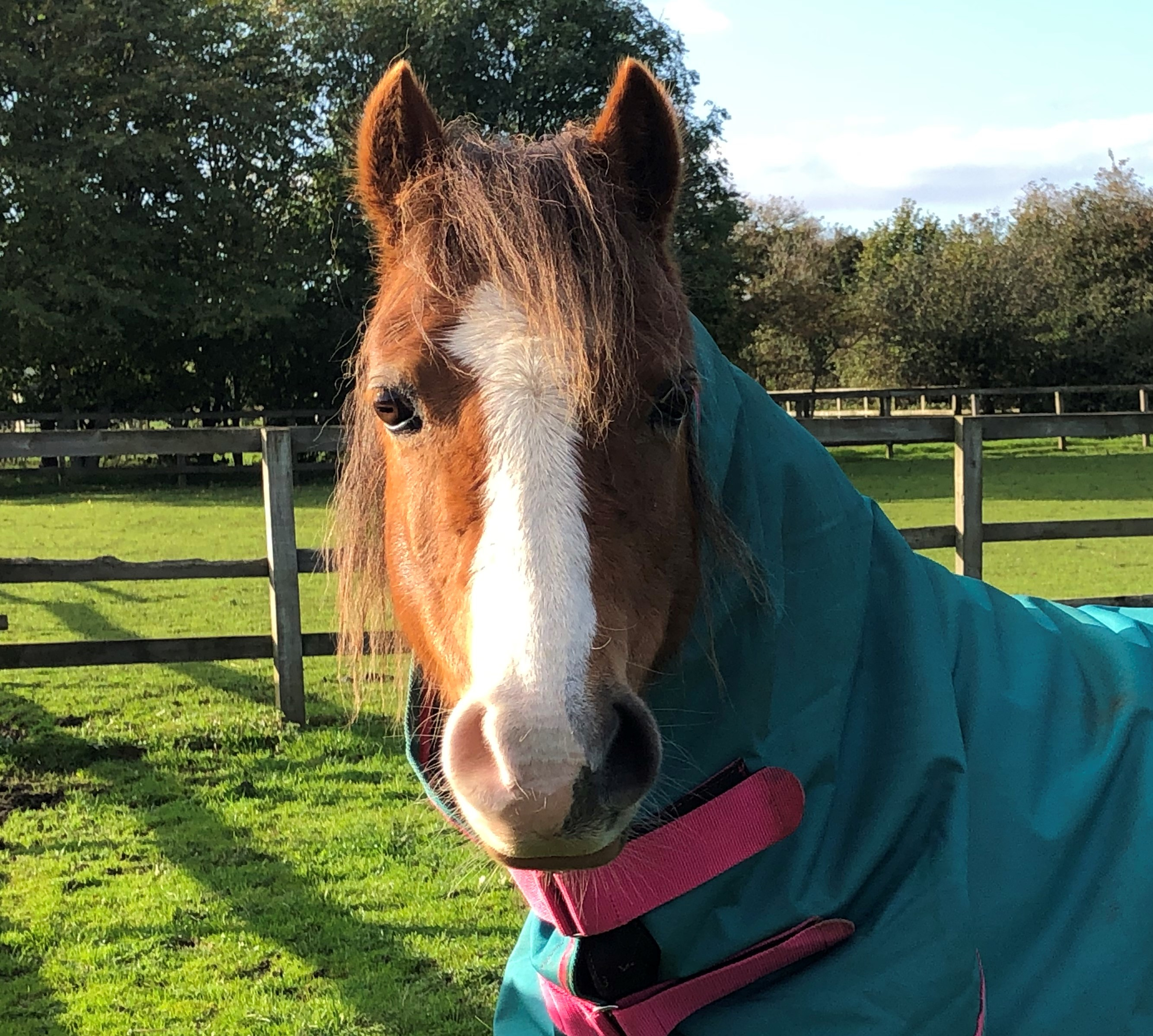 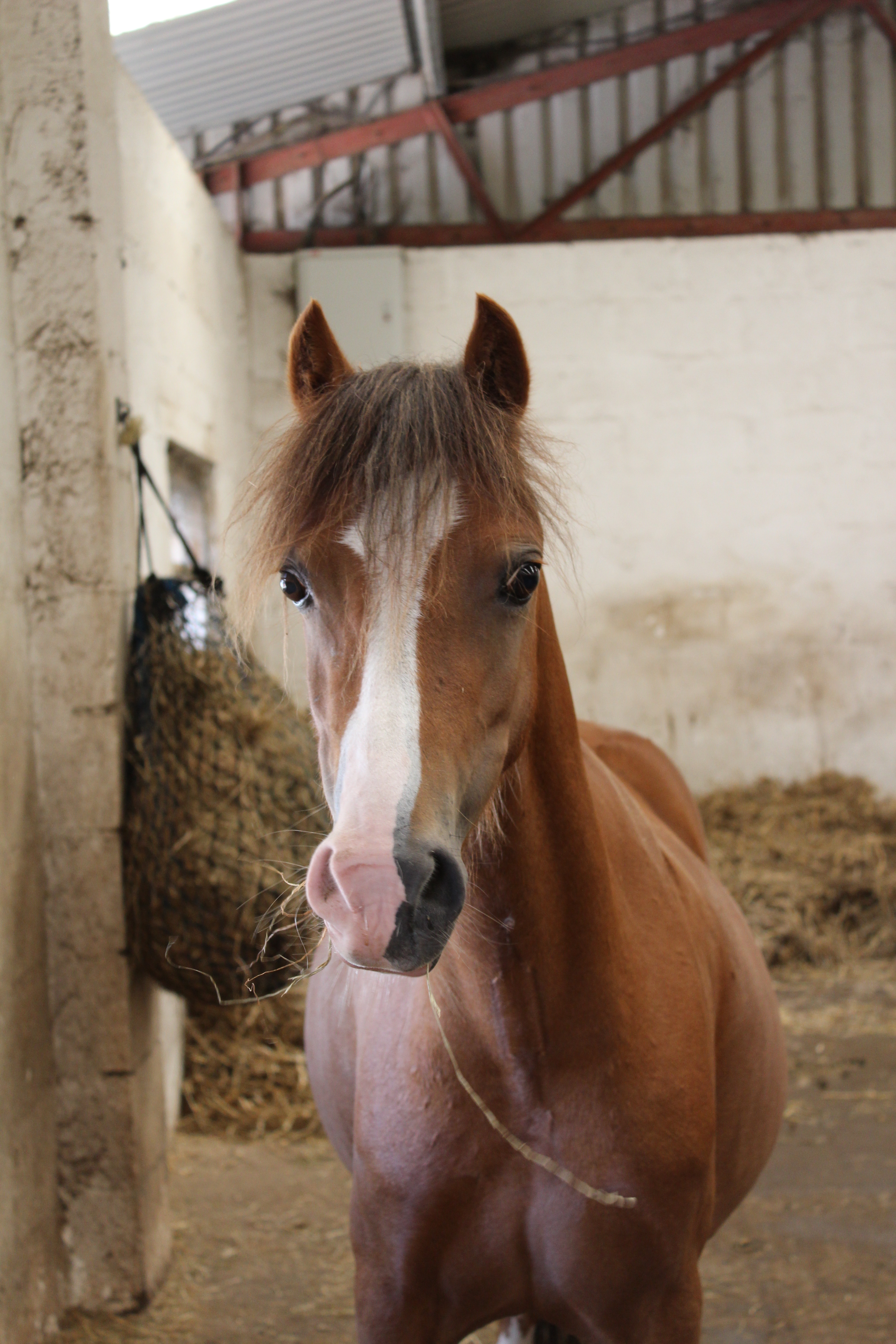 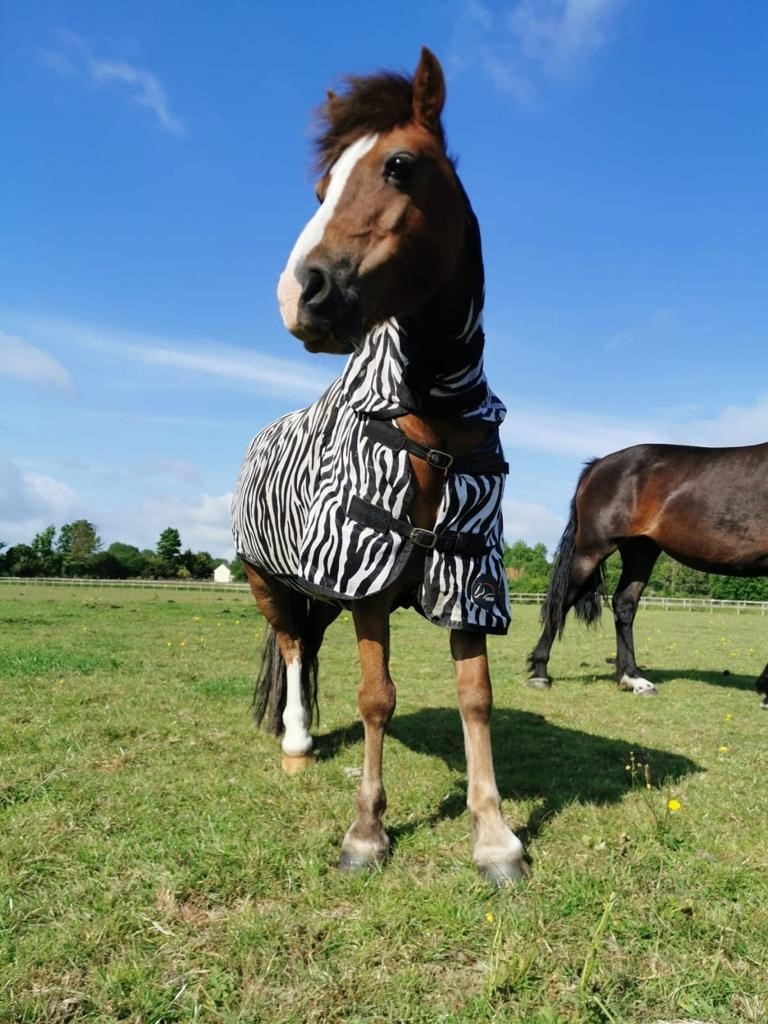 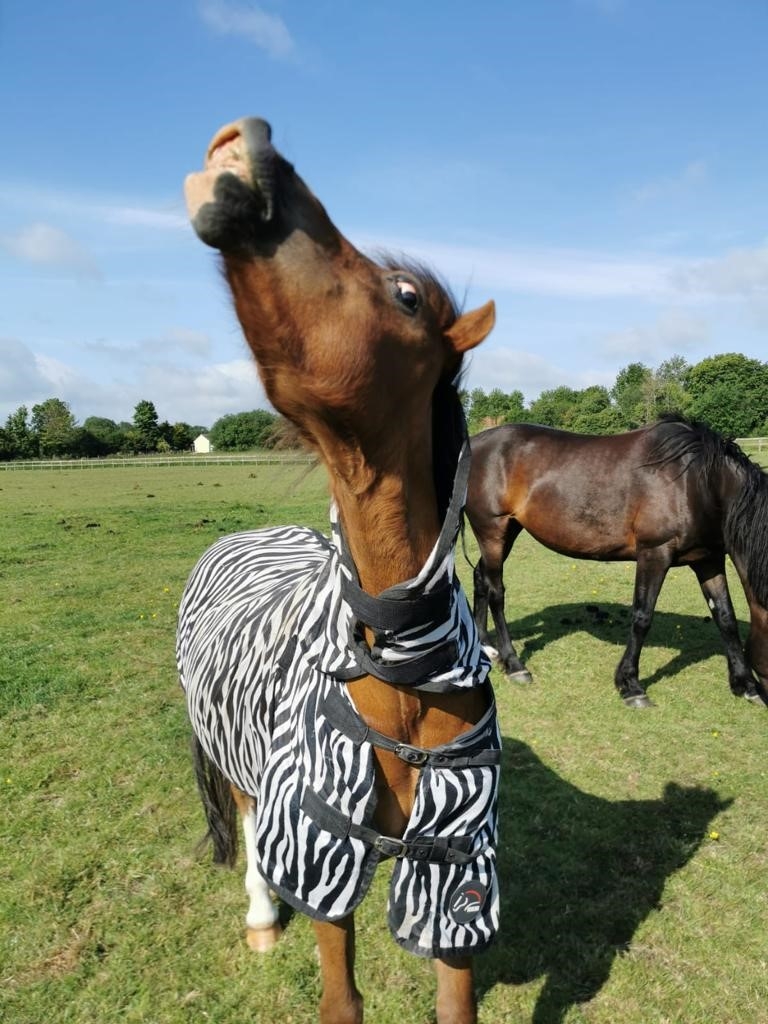 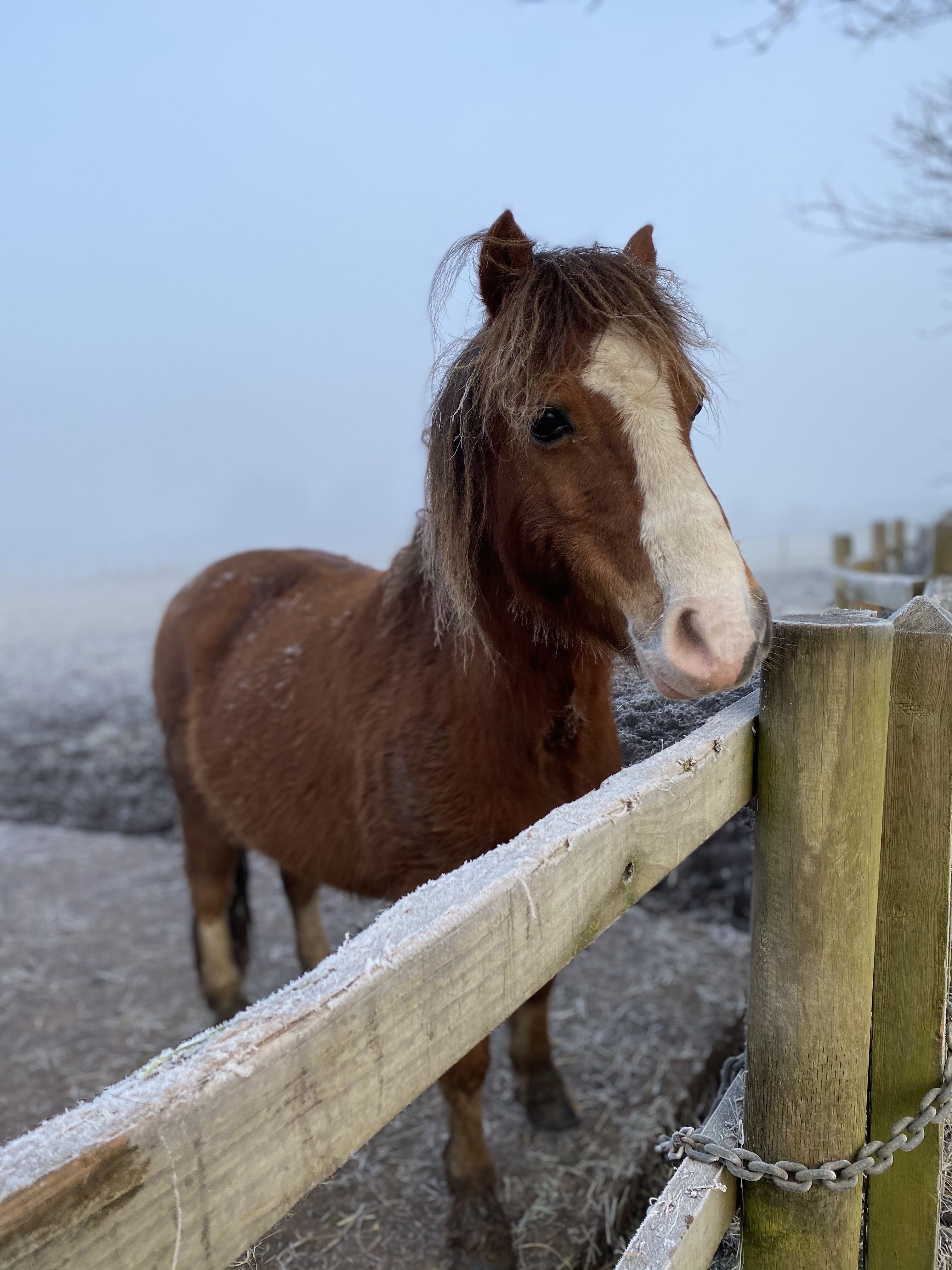 Dakota is a Welsh X pony who was part of a large rescue in 2015. She is now learning tricks and the star of our Open Days!

This is Dakota, the very clever pony!

Dakota is a 12hh chestnut mare born in 2013. She came to HorseWorld in August 2015 as part of a huge group of feral horses – this included stallions and mares with foals. Dakota was very underweight and had a foal at foot that seemed to be around 2-3 months old.

We were able to separate Dakota and her foal but she was extremely nervous of people so we left them to settle in a little herd of mares and youngsters. A faecal egg count showed a huge worm burden so she needed careful treatment for worms so her digestive system wasn’t aggravated.

Dakota can now have a head collar on and be led. She regularly sees the farrier without sedation and has been treated by the dentist. She has made great progress and is much more trusting of people- she can even perform tricks with her trainers! 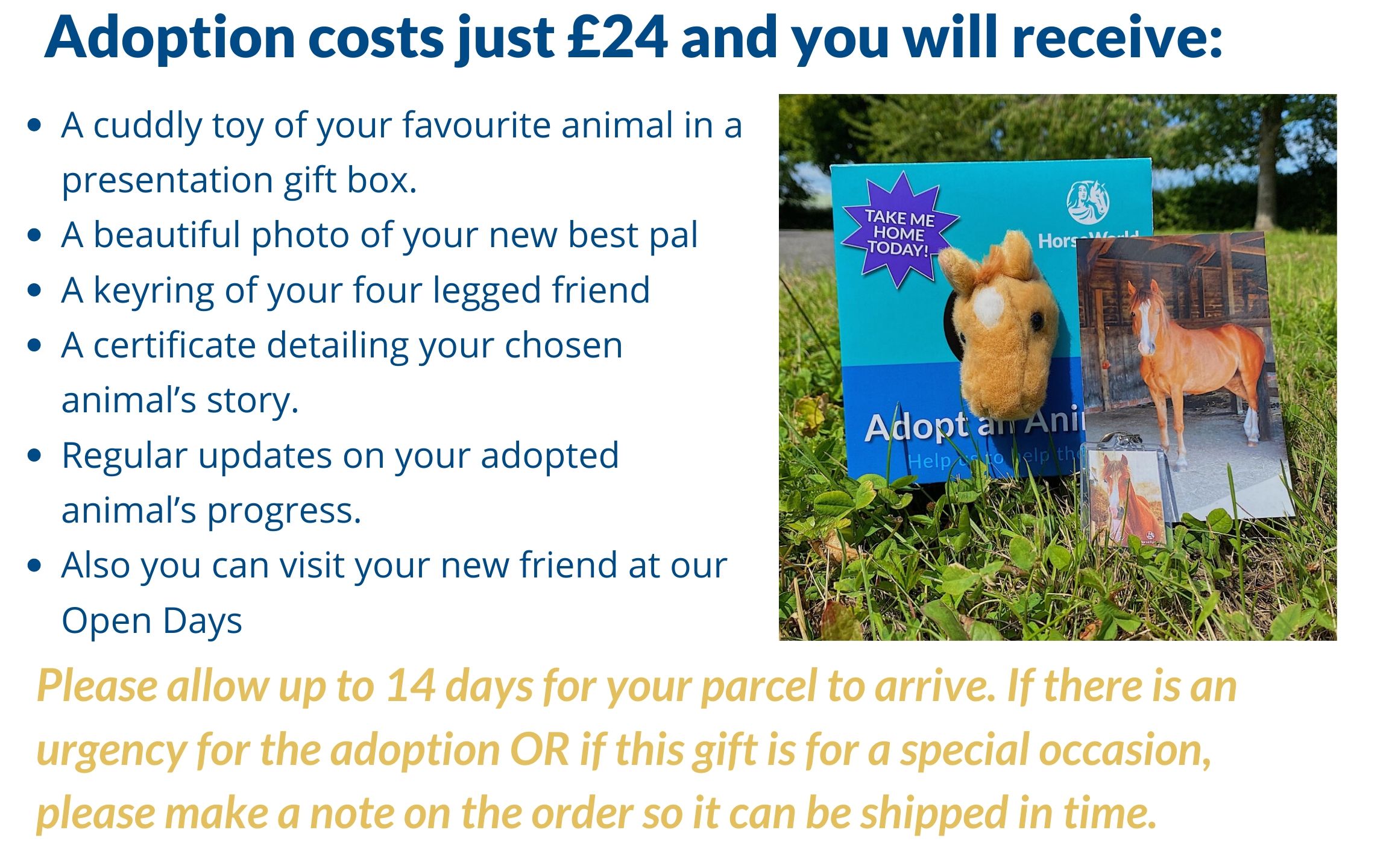