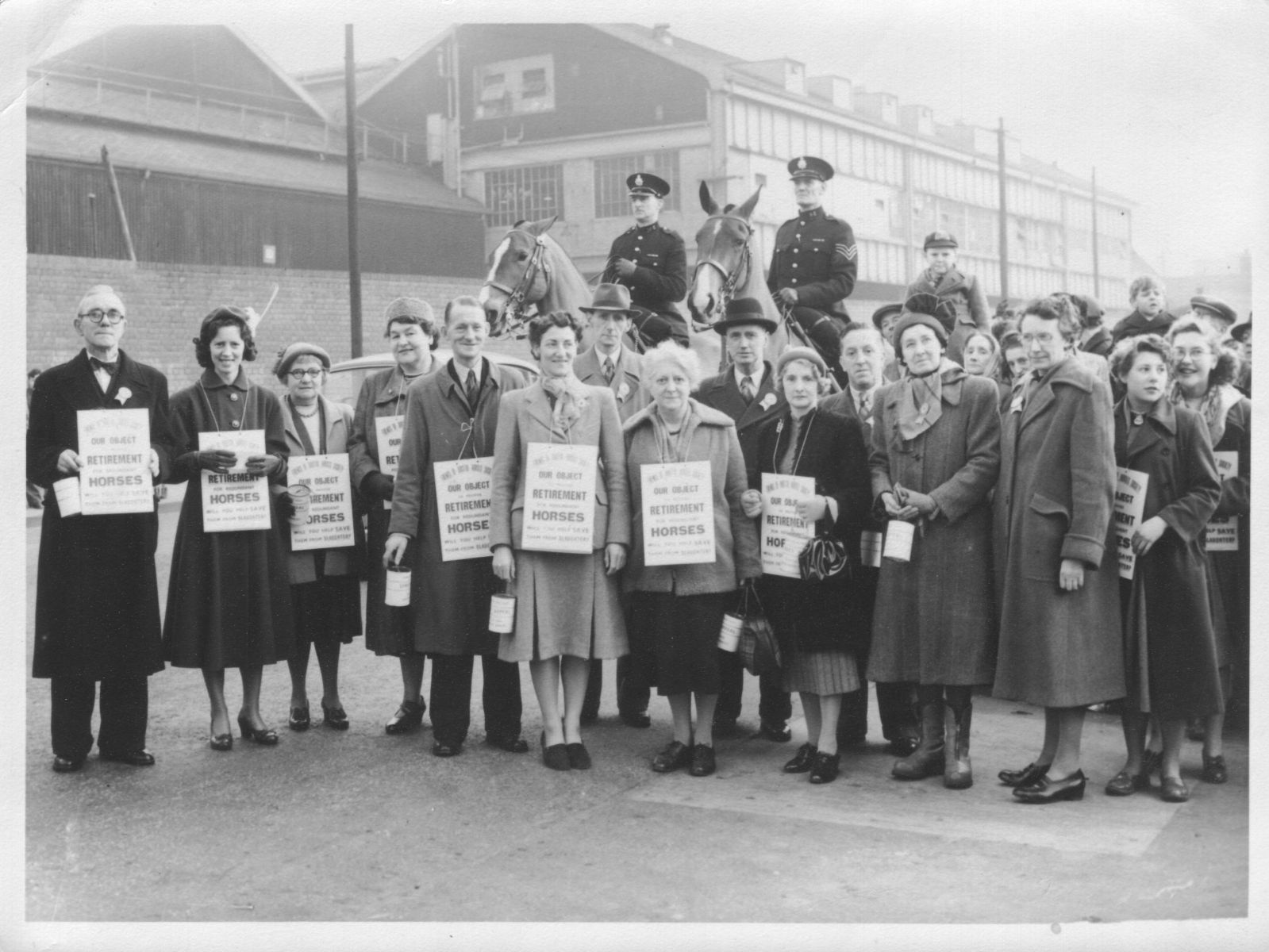 In the past horses were a vital part of everyday life, pulling carts making deliveries, ploughing fields, working on the railways and in coal mines, pulling canal boats and of course, transporting people around the country.

In the 1950s motorised vehicles were becoming more available and affordable and before long, horses were being replaced by these faster, lower maintenance, vehicles.

Sadly the majority of horses were being sent to slaughter, even though many were still very young. Seriously concerned about their plight, in November 1952 Mabel Cocksedge arranged a public meeting to discuss the situation.

A dozen people attended and by the end of the meeting, The Friends of Bristol Horses Society had been founded to rescue working horses from slaughter and give them a happy retirement.

A year later, in 1953, Marjorie Pelling and Madge Checkley (below) joined the charity after reading an article about a rescued horse in their local paper. They dedicated their lives to the cause and ran the charity for 45 years.

In the 1960s the Reverend Ian Murdoch, one of the society's founders, sold half of Staunton Manor Farm, Whitchurch (to the south of Bristol) to the society for £2,500.

This was a huge step forward as previously horses had been homed on odd pieces of land owned by members and supporters. By 1966 the charity had rescued almost 50 horses, ponies and donkeys and land was becoming limited again.

Half of the horses were kept at Staunton Manor Farm, whilst the others were being grazed on rented land located wherever the charity could find it. 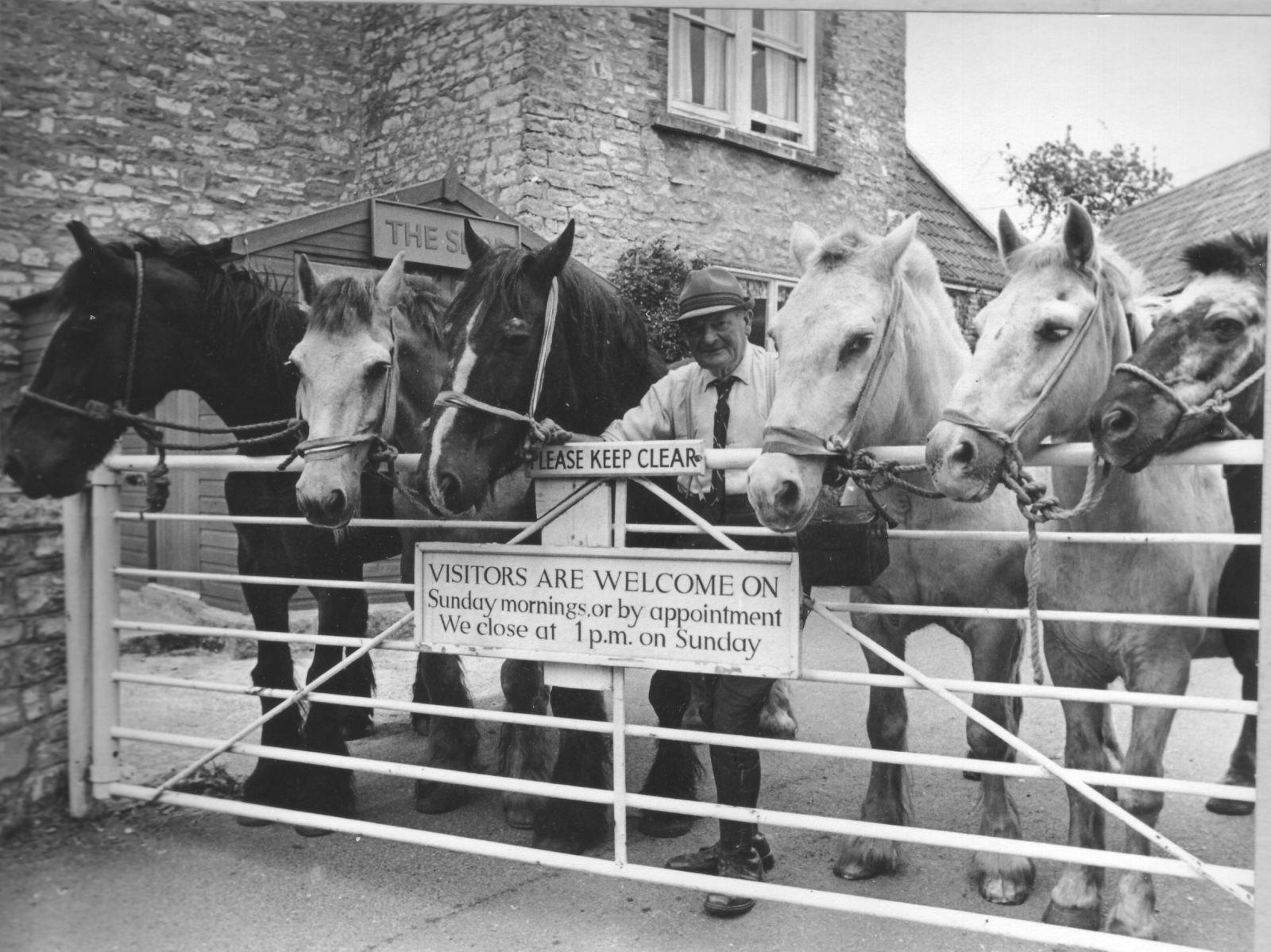 In 1978, after much fundraising, the charity was given the chance to buy Keynes Farm which was right next door to Staunton Manor Farm and increased the land available to approximately 160 acres.

The dawn of the 21st century saw Staunton Manor Farm opened to the public in 2000 as HorseWorld Visitor Centre and the charity changed its name to HorseWorld. Sadly the Visitor Centre had to close in February 2014 as it was not covering it's costs.

Today the charity is responsible for dozens of animals on site at any one time with hundreds more out at loving loan homes across the country.

Read more about our history in our special 70th Anniversary Newsletter

To donate to the work carried out at HorseWorld: